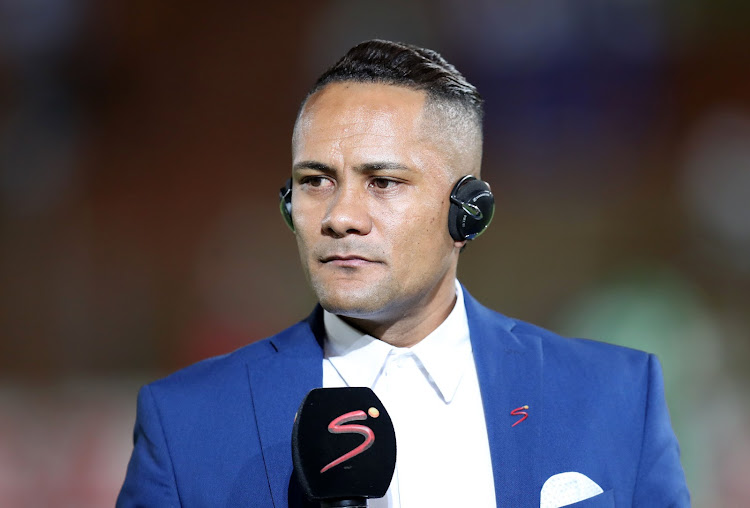 Former Bafana Bafana winger Stanton Fredericks was a national and junior international teammate of City coach Benni McCarthy. He played for Kaizer Chiefs from 2001 to 2004.

We asked ‘Stiga’ about City versus Chiefs.

Ja‚ I’ve got to be honest‚ when Benni first took the job at Cape Town City‚ very few guys would have after the succesful stint that Eric Tinkler had. And I thought that was very brave of Benni‚ and initially I also thought maybe it was a bit naïve‚ for that to be his first job.

But that just showed me at the time that Benni sets his sights very high. It’s a different space from playing. But I think that’s Benni McCarthy for you – he reaches for the moon and falls on the stars.

I think he did exceptionally well in his maiden season. Just chatting to him from the last game of last season‚ then at the beginning of this season‚ I do feel he’s certainly learnt a lot of lessons.

Because he’s the coach who players want to play for. But he shared with me that he needed to find the balance between being the friend and being the coach. And I think he’s starting to. Because just his reactions on the pitch have become more demanding and sterner.

I am extremely impressed with the coaching start that he’s had‚ and even more so with the little we have seen this season.

Whether it’s Benni‚ or him and [City owner] John Comitis‚ they have certainly managed to beef up that squad. They’re playing attractive attacking football‚ and we saw that home and away against arguably the best team in South Africa‚ Sundowns [in the MTN8 semifinals].

They’ve got players like Thabo Nodada and Ayanda Patosi playing in front of a guy like Roland Putsche‚ who does the work for the others to express themselves. They’ve got Teko Modise. They concentrate a lot on their wing-play‚ with attacking full-backs like Ebrahim Seedat‚ Edmilson and Thamsanqa Mkhize.

On the wings they’ve brought in Riyaad Norodien and Gift Links; they’ve got Bradley Ralani.

I think‚ with the greatest respect‚ because I didn’t like being criticised when I was a player‚ if Patosi manages to lose extra weight he could easily be one of the best payers in our league. Easily.

So you look at the type of football they’ve been playing – everything tells me they’re going to have a big season.

He’s come into a tough situation with the team having not won a trophy in three seasons‚ and that’s a situation where a coach needs nerves of steel. Solinas has looked a bit nervy.

I think that’s the landscape of the bigger teams in SA football. The expectations are immediate for results. And it’s sometimes just not possible.

Especially because Solinas had two to three weeks of the preseason before the first league match. How do you‚ number one‚ get the players you want; and secondly‚ get them playing the way you want? In possibly 10 sessions.

But Chiefs play attractive football. They’re certainly acquiring some good footballers – Khama Billiat‚ Leonardo Castro‚ Lebogang Manyama. I actually alerted them – from the Cosafa Cup‚ where I was doing TV work – to the quality of 'Dax' [Madagascan midfielder Andriamirado Andrianarimanana].

You can see Solinas is coming through. And that’s the Chiefs way. Attack-minded‚ not cautious. Now he just needs to solidify his defence – which is where you should actually start. But because of results‚ results‚ results‚ and the pressure at Chiefs‚ he needed to show something.

Castro‚ Billiat‚ and Siphelele Ntshangase have been very impressive. The coach opted for Wiseman Meyiwa in the previous game [the 1-0 MTN8 semifinal defeat against SuperSport United] not because of media pressure but because he realised Ntshangase was not giving Willard Katsande the support protecting that defence.

The leader in the defence‚ Daniel Cardoso‚ their best player last season‚ scored an own goal and had a nightmare start to the season. So the fans have lost a bit of confidence in him. But I think if anyone can put that defence together he’s probably the most experienced of the lot. It’s just to find the right centreback combination.

I think the introduction of George Maluleka back into the central midfield will give them whet they’ve possibly been missing.

Manyama hadn’t played for six months. I don’t think he’ll be completely ready for months. But maybe this is the game for him to be introduced against his old team.

I see a narrow victory. I see goals in the game. We’ve seen Chiefs can score. We know City are at home and they’re not going to sit back. So possibly three goals. I think City are going to take this one.