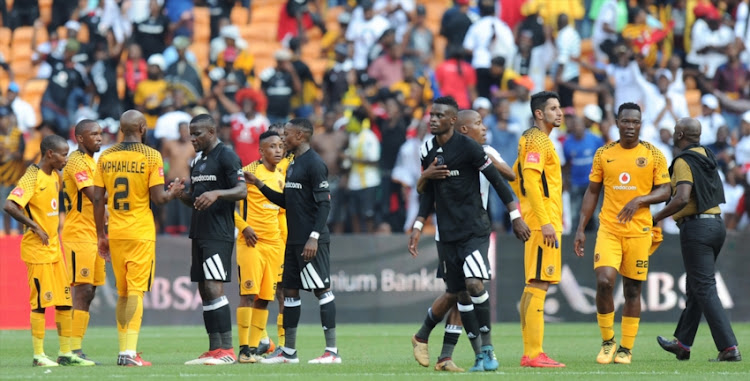 There was a time when it was taken for granted that when any Bafana Bafana coach announced a squad Kaizer Chiefs and Orlando Pirates players would not only not only dominate in numbers but also play on match day. Well‚ not anymore.

The number of Bafana players drawmn from from the Soweto giants continued to depreciate on Tuesday as Stuart Baxter named his 22-man squad to face Libya in an Africa Cup of Nations (Afcon) qualifier at the Moses Mabhida Stadium in Durban on September 8.

Explaining his selections‚ Baxter said it is important to stick with the players fitting in a programme he’s trying to develop.

“We need a long-term programme and it’s important to stick to it‚” said Baxter.

“We need to resist the temptation to keep constantly changing the team and persist with a programme where you have a strategy and be able to defend that strategy.”

In the latest squad only three players – goalkeeper Itumeleng Khune and right-back Ramahlwe Mphahlele from Chiefs‚ and left-back Innnocent Maela from Pirates – were named from the country’s two biggest teams.

Replacing these teams in terms of dominance in the latest squad were league champions Mamelodi Sundowns‚ Bidvest Wits and SuperSport United‚ who all had four players each in Baxter’s squad.

Also of interest in this squad is the fact that in the defence and goalkeeping department only locally-based players were selected.

Just Bongani Zungu of the French club Amiens FC and Kamohelo Mokotjo of Brentford in the English First Division were among the seven midfielders selected.

Up-front the foreign contingent dominates‚ with Percy Tau of Royal Union FC in Belgium‚ Lebo Mothiba of Lille in France and Keagan Dolly of Montpellier of France selected alongside Themba Zwane of Sundowns and Bradley Grobler of SuperSport United.

All in all Baxter selected five foreign-based players.

He conceded that his selection was limited by the fact that Safa failed to organise a friendly match that the team would have played after the qualifier in Durban.

Baxter indicated that players like midfielders Lebohang Maboe of Sundowns and Lebohang Phiri‚ who plays for Guingcamp in France‚ were still very much part of his team despite being not selected this time.