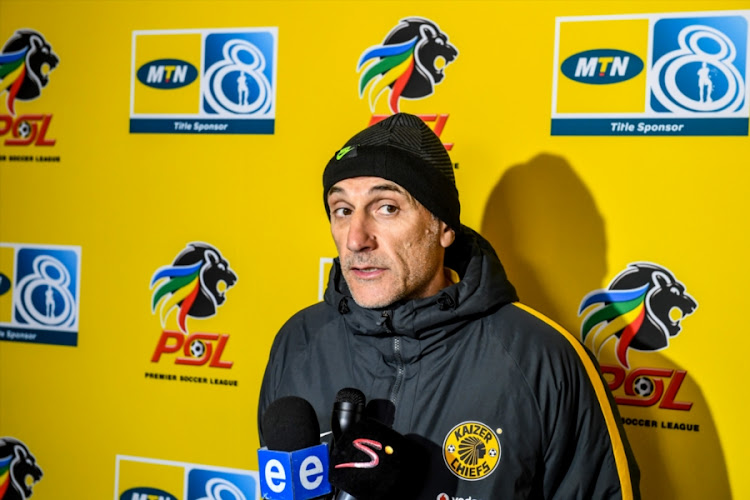 Manyama‚ signed from Turkish club Konyaspor on Wednesday‚ doubled the number of former Premier Soccer League players of the season acquired by Chiefs in the preseason transfer window.

The first was Khama Billiat‚ signed after his contract ended at Mamelodi Sundowns at the end of June.

Manyama was player of the season after he helped brand new PSL club Cape Town City finish third in 2016-17. Billiat won the award after he was crucial in Sundowns winning the league in 2015-16.

“I know Lebo. In my opinion he’s a fantastic player‚” Solinas said.

“I think when Lebo’s fitness is OK it can help us to get results. Because he’s a fantastic player. In my opinion he’s a player of the level of Kaizer Chiefs.

“Because Chiefs are a big club and need big players. He’s a big player.

“I am very happy for Lebo. And we will wait for him. At the moment he’s not ready because the fitness is not top. So we will work hard to improve Lebo’s fitness.

“I am sure that when Lebo is 100 percent fit it can help us and he will play well.”

Solinas has said that Manyama will not be part of Chiefs’ squad for their MTN8 semifinal first leg game against SuperSport United at Lucas Moripe Stadium on Sunday as he still lacks match fitness.

It might take the Bafana Bafana international a few weeks to gain match competitiveness.

Manyama had a disappointing season for Konyaspor after signing there from City in August last year.

He was fielded in just 10 league and cup games‚ starting only three‚ and has not played in seven months since Konyaspor’s 1-0 Turkish Cup win against Trabzonspor on December 27.