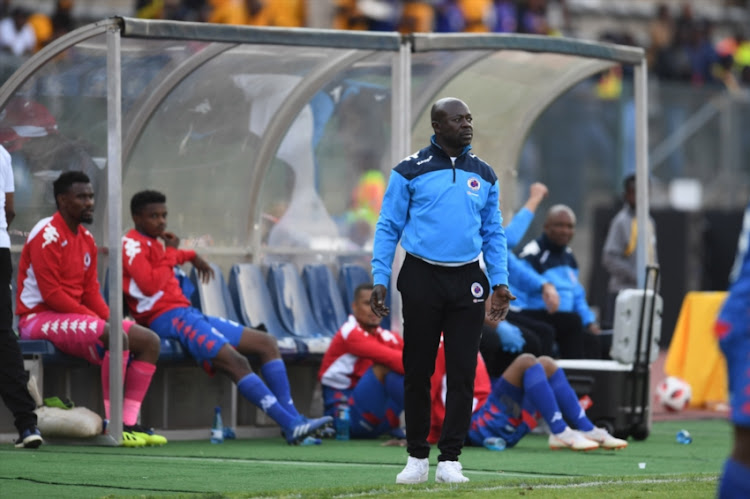 SuperSport United coach Kaitano Tembo has pointed out that Kaizer Chiefs have the advantage going into hugely the anticipated MTN8 semi-final‚ second leg clash at FNB Stadium on Saturday.

Matsatsantsa and Amakhosi played to an exciting 2-2 draw at the Lucas Moripe Stadium on Sunday but United must score and keep their door shut in Johannesburg to have a chance of making it to the final and defending their title.

“It was a good game for the fans and we can say that it is advantage Chiefs‚” he said after the match.

“But‚ we know this game can only finish on Saturday in the second leg and we have the squad and the quality to go and get the result at FNB.”

Though United played well against Chiefs and went to the break leading 2-1‚ Tembo was not fully impressed with the two goals they conceded‚ one immediately after the break‚ at home which could prove decisive.

“In the second half we lost concentration and conceded a goal in a critical phase of the match where we should have been focused. That goal put is back because we wanted to extend the lead a little bit longer and it affected our plan. We introduced James Keen to play with two strikers and apply more pressure on their centre backs because we wanted to win the match as we were playing at home.”

“It was a difficult game for both teams but I believe we played well in patches. We only reacted after they scored the first goal because we were a little bit worried about the space behind defensively‚ especially Khama Billiat who was peeling away from our central defenders. What we should have done was to press the ball early because Siphelele Ntshangase is the one who was feeding the balls to Billiat.”

One of the star players for United on the day was striker Bradley Grobler who impressed with a first half brace that rattled Chiefs. “It was good to see Bradley get a two goals because he has been playing well‚” added Tembo.

“I also expect James (Keen) to get his break because you can’t rely on one player. I also want our midfielders to come in and help with a few goals but I am happy for Bradley.

"Evans (Rusike) had an off day‚ he never really troubled Chiefs but it happens because he has played all our games. You can see that he is getting fatigued and he needs a little bit of a rest."