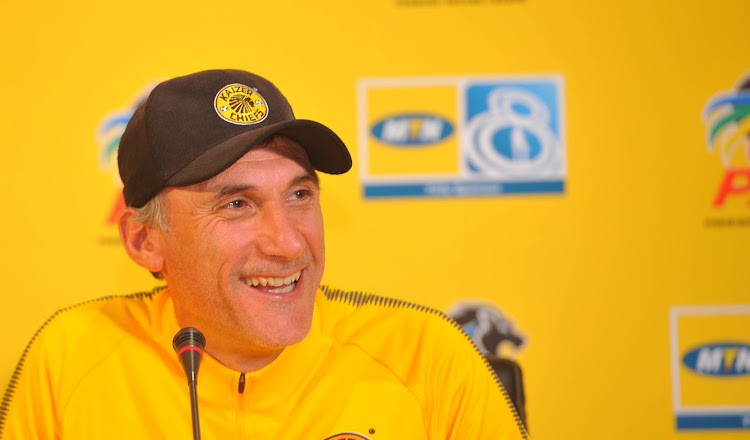 Kaizer Chiefs coach Giovanni Solinas has in a light hearted moment said he will not try to learn how to pronounce the tongue twisting full name of Madagascan midfielder Andriamirado Andrianarimanana.

The Italian‚ who is not fluent in English‚ said with a smile on his face that he would stick to calling the midfielder “Dax” or “Adria” because a game of football would finish trying to pronounce his long and difficult name.

The majority of names of the people of the Indian Ocean island are notoriously long and difficult to pronounce. Their president‚ for example‚ is Hery Rajaonarimampianina.

“I can’t pronounce his [Andrianarimanana's] name. It is a big name and big surname which is unbelievable‚” said Solinas in a light moment to a burst of laughter from the journalists at the post-match press conference after his team's 2-2 MTN8 semfinal‚ first leg draw against SuperSport United on Sunday.

“I said to him that‚ I will call you Adria or Dax because if I try to pronounce your full name and surname‚ the game will be finished'.”

Solinas also shed light on how he plans to use Andrianarimanana‚ who is still unavailable for competitive matches because he is yet to receive his work permit‚ in his system during the season.

“He is central midfielder who plays from box to box like Siphelele Ntshangase. He plays in the same position for his national team where the club scouted him at the Cosafa Cup tournament in Polokwane. He showed the ability of playing from box to box and I am happy to have him because he will add a lot of value and competition to the squad‚” said Solinas.

“He can’t play official games at the moment because we are waiting for the papers but I believe that he will help us and I am very happy that he is our player.”

To be able to break into the Chiefs starting line-up‚ Andrianarimanana faces stiff competition from the likes of Ntshangase‚ Willard Katsande‚ Bongolethu Jayiya‚ who got a rare start against SuperSport‚ and Hendrick Ekstein in the heart of the midfield.