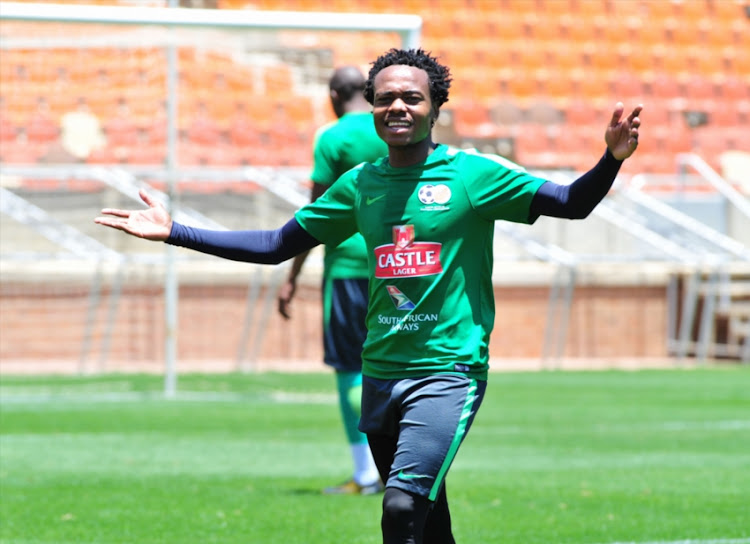 French-based striker Lebogang Mothiba is among a number of overseas Bafana Bafana players expected to be included in coach Stuart Baxter’s squad of no major surprises for the Afcon qualifier against Libya in Durban next month.

The 22-year old Mothiba‚ who has played in Lille’s opening three league matches in Ligue 1 where his team is sitting third after two wins and a draw‚ has been closely followed by Baxter.

Mothiba has scored one goal in the three matches he has featured in and the Baxter may give him the nod because he plays in a reputable league than Dino Ndlovu who has been scoring goals for Hangzhou Greentown in the second division in China.

Other overseas-based players to be part of the tried and tested squad are Percy Tau of Royale Union Saint-Gilloise in the second tier in Belgium‚ Kamohelo Mokotjo of Brentford in the English Championship‚ Keegan Dolly and Bongani Zungu of Montpellier and Amiens SC in Ligue 1 respectively.

Mothiba is to be part of what looks like a potent attacking department that will include Tau‚ who scored for his team at the weekend‚ and Sibusiso Vilakazi of Mamelodi Sundowns.

The other player who will have a strong case to be included in the squad is SuperSport United striker Bradley Grobler who scored two goals last weekend when they played to a 2-2 draw with Kaizer Chiefs in the MTN8 semi-final‚ first leg.

Bafana Bafana must win to remain in contention to qualify for the Afcon tournament in Cameroon next year and some of the key local players who are going to regain their places include Itumeleng Khune‚ Thulani Hlatshwayo‚ Dean Furman and Themba Zwane.

There are also the likes of Ronwen Williams‚ Sifiso Hlanti and Darren Keet‚ Hlompho Kekana and Teboho Mokoena‚ Lebohang Maboe and Siphesihle Ndlovu who may be considered for the match considering that they have been playing regularly.

The likes of Andile Jali‚ Phakamani Mahlambi‚ Lebohang Manyama‚ Aubrey Ngoma‚ Eric Mathoho‚ Tokelo Rantie and Thamsanqa Gabuza are unlikely to be considered because they have not being active over the past few months for a variety of reasons.

Bafana Bafana are sitting second in Group E and victory over Libya will see them overtake the Mediterranean Knights to top spot and take control of the qualification programme with four matches remaining.

Bafana Bafana started the qualification programme on a positive note when they beat Nigeria 2-0 away from home last year.