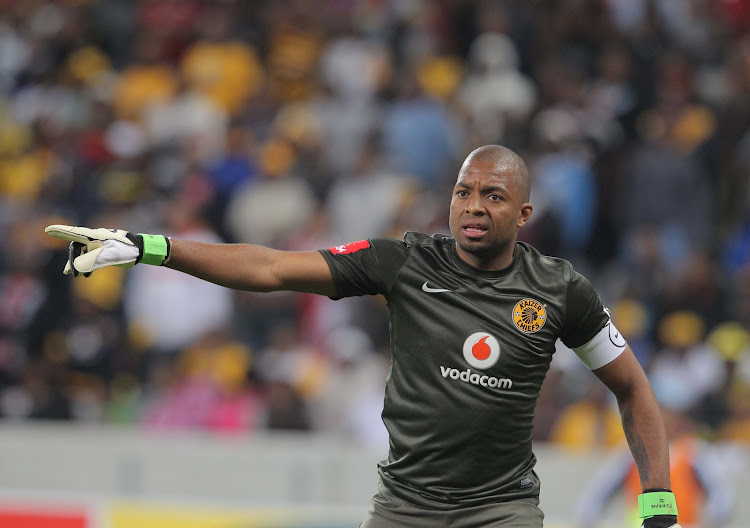 Kaizer Chiefs coach Giovanni Solinas is working on a new playing system that will see Itumeleng Khune used as a sweeper-keeper.

With the evolution of football in recent years‚ most coaches are encouraging goalkeepers to play with the ball at their feet to initiate buildups from the back and Solinas said this is the philosophy he is imparting to his players at Naturena.

Khune has earned a reputation of being one of the best distributors of the ball on the continent with his quick ball releases up the field but he may have to somewhat alter his game to accommodate Solinas’s philosophy.

“Our philosophy is that we start to play with the goalkeeper. The goalkeeper must play to the defenders to start combinations and forward movements‚” said the Italian who has been tasked with the mammoth task of bringing back the glory days at Chiefs.

For this new style of play to be successful‚ Solinas said his players must believe in their skills set. He said the move may benefit the likes of forwards Khama Billiat‚ Siphelele Ntshangase‚ Hendrick Ekstein and Lebogang Manyama who like to play with the ball at their feet.

“We must take the responsibility and play with courage. In the second half of our match against SuperSport United last weekend you saw the players played with courage and that was good to see.

“The players will improve and understand game by game and I am optimistic for the future‚” he said.

Solinas also said that he wants his defenders to be able to handle defending in big spaces because Chiefs are going to attack with a minimum of seven players.

“We have to learn to defend in the big space because a lot of time we play a bit high. In our system‚ we push a lot of guys forward‚ attack with the fullback‚ midfielder and we have four players in front‚” the coach said.

“So‚ we attack with a minimum of seven players. In some situations we must defend with a big space and two central defenders.

“To defend with a big space is more difficult than when you defend in a tight space. We have young players like Siyabonga Ngezana and Siphosakhe Ntiya-Ntiya‚ and if they improve‚ they have a chance of playing for Bafana Bafana‚” he added.