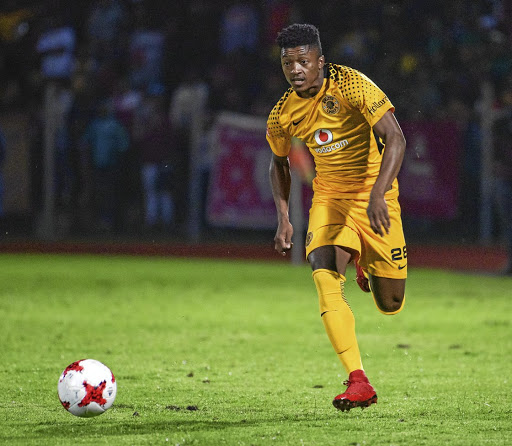 New Kaizer Chiefs signings Lebogang Manyama and Mario Booysen are not available to face their former team SuperSport United in the MTN8 at Lucas Moripe Stadium on Sunday [3pm].

Manyama, especially, could have helped break down the Matsatsantsa defence, but head coach Giovanni Solinas said yesterday that with or without the duo, SuperSport will prove to be difficult opponents anyway.

The Italian, therefore, is working on a plan to get a positive result in Pretoria. "It's an important game for us, but difficult because the opponent is very good - very strong," Solinas said at the PSL offices in Parktown, Johannesburg, during his media briefing ahead of the clash.

It was also expected that midfielder Siphiwe Tshabalala might miss the match as he's set to conclude a move to Turkish Super Lig side Erzurumspor.

But Solinas confirmed that Tshabalala was training with the team yesterday and as things stand, he is available to face the MTN8 defending champions.

A further boost for Chiefs is the return of forward Dumisani Zuma to training. He missed the last two matches, against Baroka and Maritzburg United, because of flu.

Madagascan international Andriamirado Andrianarimanana remains unavailable because he has not received his work permit yet. "I have to respect SuperSport because I'm not stupid to underestimate SuperSport," he added.

Meanwhile, SuperSport's Kaitano Tembo admitted there is pressure to retain the cup they won by beating Cape Town City on penalties in the final last year.

"I think there's a little bit of pressure because we need to try and maintain that," Tembo said.

The Zimbabwean added that the fact that Chiefs drew their last two games against Baroka and Maritzburg means they will come motivated to turn things around.

"Well, Chiefs haven't been getting the results and coming into this game a lot of people would be writing them off, which is very dangerous especially from our side. So that's why it's key for us to really prepare well, and mentally we really have to be ready," he concluded.

SuperSport have a couple of injury concerns, most notably Grant Kekana, who's struggling with a hamstring injury.