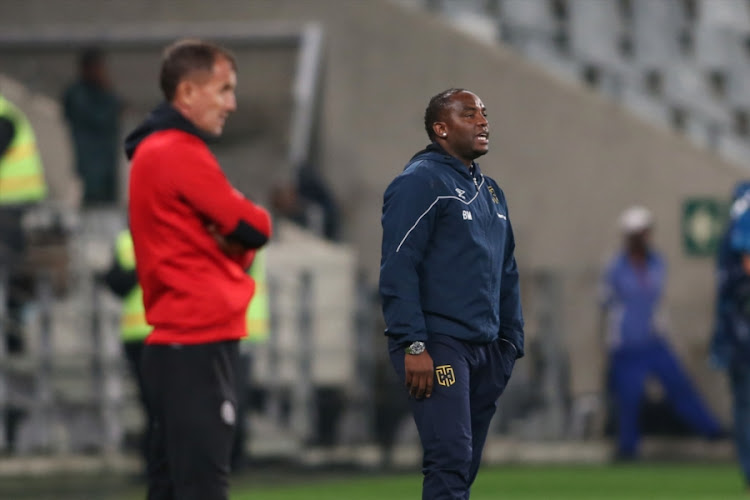 Benni McCarthy says not enough young former players are being given a chance to coach clubs in the Premier Soccer League (PSL).

The outspoken Cape Town City coach says club owner John Comitis had “ostrich huevos” for taking a punt on him at the start of the season.

“To give somebody like me an opportunity to be in charge of his team takes massive huevos‚” he said‚ using the Spanish slang term for testicles as he savoured victory over Orlando Pirates in Wednesday’s Nedbank Cup second round tie.

"A lot of people don’t believe ex-players have the capability of becoming coaches or they don’t trust us to think we can do it.

“They prefer the merry-go-round of old coaches.

“It takes a lot of courage for a guy to take a risk like that.

"Previously you had the likes of Shaun Bartlett given a try but now (club chairman) don’t really want to take a chance anymore.

“Fadlu (Davids) had years being an interim or caretaker (coach) and then every time they’d put an experienced guy over him‚” McCarthy added of two of the younger coaches on the South African professional circuit.

Bartlett won the National First Division with Lamontville Golden Arrows but was then relegated from the Absa Premiership with the University of Pretoria.

Davids is in his first full season as coach of Maritzburg United after years of being an assistant at the club.

The 40-year-old McCarthy said young coaches must also be given a chance to fail.

“There is no chance in hell in this job that you are going to be successful (all the time); you have to fail along the way. I’m only learning and I’m only going to get better.

“The first year is always a learning curve and I’ve made a lot of mistakes along the way but I’ve learnt from it.

"Next season‚ if I’m still here‚ then I’m a little bit more experienced. I can then kick on from there.”

McCarthy joked success for him in his rookie season would be keeping City from being relegated.

“That I didn’t relegate the team for me would be a class season!”

The speed with which the Premier Soccer League rushed to charge AmaZulu following their supporters’ recent pitch invasion would have you admiring the ...
Opinion
4 years ago