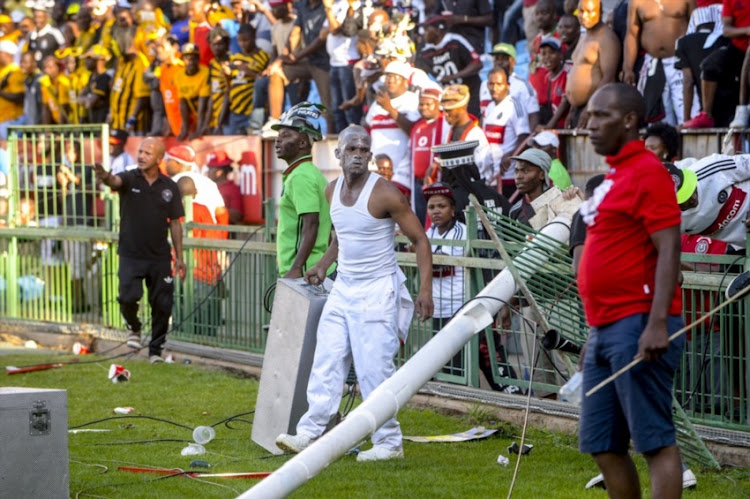 The speed with which the Premier Soccer League rushed to charge AmaZulu following their supporters’ recent pitch invasion would have you admiring the swiftness of justice in the domestic game.

Less than two weeks ago, AmaZulu fans caused a stir when they halted their team’s match against Mamelodi Sundowns for about 10 minutes, as they protested a questionable refereeing decision.

Some of these hooligans pelted the Sundowns bench with objects including bricks. Calm was eventually restored and the match continued.

Barely four days later, the  PSL  announced Usuthu had been charged for contravening the league’s “safety and security manual” and will face a disciplinary committee today. All fine and swift.

But contrast this with the long-standing case involving Orlando Pirates and Sundowns, which happened over a year ago. Just to recap: On February 11 2017, scores of Pirates fans invaded Loftus Versfeld after their team conceded a sixth goal against Sundowns. They trashed everything in sight, pulled out TV cables, assaulted photographers, pulled a TV presenter by her hair, stole cellphones and laptops and broke cameras and lenses, and forced players and other personnel to scurry for the safety of the dressing rooms.

Sundowns fans retaliated, jumped onto the pitch to quell the chaos, using extreme violence in what turned out to be a free-for-all as inadequate security ran for cover. The aftermath of the pandemonium was that several people suffered serious injuries. At least two were hospitalised. Despite police entering the field in a nyala and firing stun grenades, nobody was arrested.

But crucially, nearly 400 days on, nothing has been done about this case. On December 14, the  PSL  told us Pirates had been found guilty, but of what exactly, we don’t know.

The  PSL  also told us: “The DC will reconvene next year to impose sanction on the club.” I suppose as we are only in the third month of the year, we can still wait.

In the same terse, meaningless statement, the  PSL  said: “The charges against Sundowns will be heard in January 2018.” Oh well...

Perhaps the  PSL  is hoping that this case, like many others that came before the DC, would be forgotten.

A few years ago the  PSL  DC heard a match-fixing case implicating several players. We are yet to hear the outcome of that. The same goes for the Camaldine Abraw case, which was never finalised.

Perhaps someone in the  PSL  headquarters is hoping we will forget. But every incident of hooliganism will always serve as a reminder that the  PSL  has yet to do anything about the Sundowns-Pirates case. The big question is: why would the  PSL  want such brutal acts of hooliganism to be swept under the carpet?