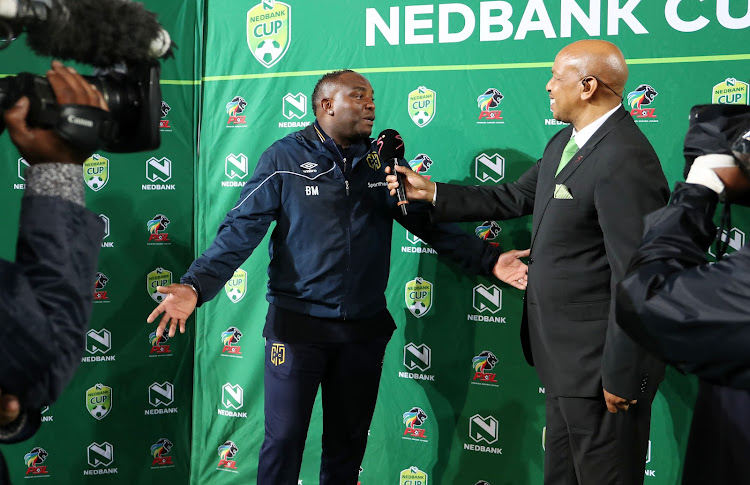 The Premier Soccer League have written a letter to Cape Town City coach Benni McCarthy asking him to explain his comments made about match officials after a 2-2 draw against Lamontville Golden Arrows in November.

McCarthy‚ who has already been fined R50 000 once this season for calling referee Phillip Tinyani a “cow” after City’s 2-1 defeat against Cape Town City in October‚ has five days to reply to the letter‚ the PSL said in a statement on Thursday.

“The Premier Soccer League (PSL) has written in terms of the NSL Handbook to Cape Town City and coach Mr Benni McCarthy regarding comments attributed to coach Mr McCarthy on 26 November 2017 towards match officials‚” the PSL statement read.

“The PSL has given Mr McCarthy and Cape Town City five days to respond to a letter from the PSL where he is to explain the comments.”

McCarthy had slammed the standard of refereeing in South Africa after his team’s draw against Arrows at Princess Magogo Stadium‚ where City had to fight back from 2-0 down.

“Do you guys want my honest opinion about why there have been a lot of draws? It has been because of bad refereeing.

"That’s what is causing us to draw. Why must I shy away (from saying that)‚” McCarthy said then.

“The referee is telling my players to f–k off‚ and we must say the referees are good.

"That’s what is causing the problem because if we had good officials‚ we would have matches that are fair. Teams would run away with games.

“Most referees keep teams in the game. We don’t have officials who are taking care of the game because they are worried about their own egos‚ and as coaches and players‚ it is frustrating standing on the side.

“We see it happening week in and week out.”

McCarthy has had various digs and rants at refereeing in the PSL in his maiden season as a head coach.

After City’s 2-1 home defeat against Mamelodi Sundowns early this month he Tweeted: “Congratulations to Sundowns on their win tonight.

“Unlucky to my boys‚ brilliant performance and didn’t deserve to lose but football is about scoring to win which we didn’t do.

An unhappy Benni McCarthy is threatening to come out of retirement at the age of 40 to show up his Cape Town City players for their lack of scoring ...
Sport
4 years ago

Cape Town City coach Benni McCarthy said he tried to convince captain Robyn Johannes to stay at the club but in the end could not bring himself to ...
Sport
4 years ago

The student still wants to whip the schoolmaster‚ even if it will be for a fifth time this season says Benni McCarthy as he goes up against his old ...
Sport
4 years ago
Next Article