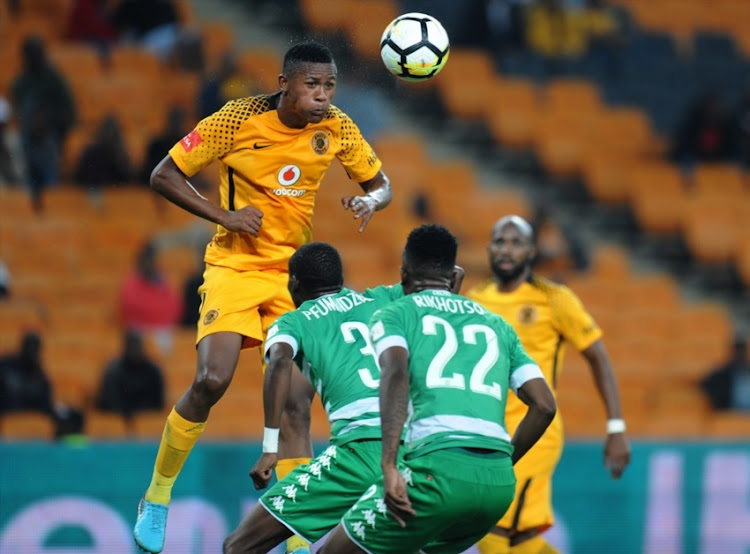 Kaizer Chiefs’ title hopes were dented on Saturday night as they spurned a chance to cut into Mamelodi Sundowns’ lead at the head of the Absa Premiership and dropped two potentially vital points in a goalless draw with Bloemfontein Celtic at Soccer City.

Chiefs remain five points adrift of the leaders, although regain second place in the standings and have now gone 10 games without defeat since mid-December.

But even though those might be impressive statistics, the main mission of trying to creep closer to Sundowns was not achieved.

“It was a chance missed. We didn’t create clear cut chances, we regret that. We are playing to win but this was a massive opportunity to win it and get closer to Sundowns,” said a disappointed coach Steve Komphela after the match.

Daniel Cardoso came closest with a header from a 76th minute corner that bounced off the crossbar.

There were also two good efforts from Ryan Moon in the second half but Patrick Tignyemb proved difficult to beat as Chiefs swept forward relentlessly and turned late to substitutes Bernard Parker and Siphiwe Tshabalala to help their cause.

Leonardo Castro chased around like a man possessed but shot without the requisite accuracy with a handful of efforts, leaving Tignyemb with little to do in the first half. Castro was taken off midway through the second half.

The Celtic goalkeeper did make a diving save early to deny Castro but, for the rest, watched Chiefs’ efforts sail all around his goal without really threatening.

Lucky Baloyi made several good incisions for Celtic but the best breakaway saw Jacky Motshegwa suffer a rush of blood to the head and strike a poor short from distance when he had time and pace to move closer to goal, or pass to unmarked teammates to both his left and right.

Chiefs are now next up against Orlando Pirates in the derby where fans will be hoping there will be some goals to savour.