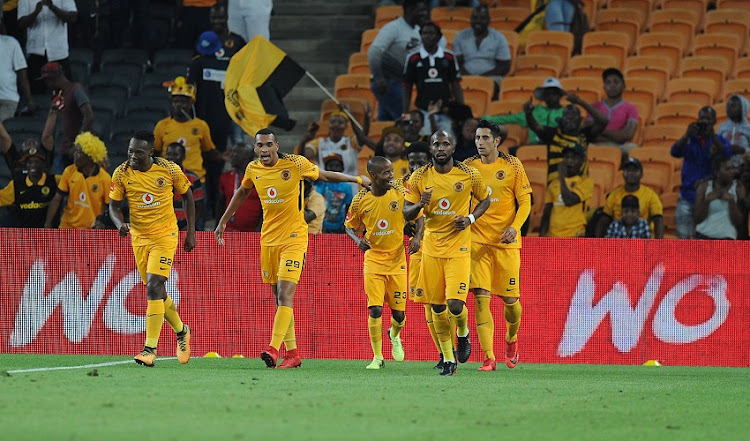 Title hopes remained alive for Kaizer Chiefs as they edged Cape Town City 1-0 at Soccer City on Saturday night and moved into the second place in the Premier Soccer League standings with Ryan Moon grabbing the winner.

The youngster continued his hot streak with the only goal just after half-time to see his side up to 34 points, some four points behind Mamelodi Sundowns, who now have a game in hand.

For City, a second successive league defeat leaves them in sixth place, seven points adrift and now effectively out of the title race.

“Matches of this kind are won by small measures. We are happy with the three points,” said Chiefs coach Steve Komphela as they extended their unbeaten run to nine matches.

Both sides set out their defensive stalls with a packed midfield and a strong backline so it was a game with little quarter given, despite a good tempo.

But even then there were half chances on either end.

City’s first attack saw Lyle Lakay shoot into the side netting while at the other end, on the 15-minute mark, Wiseman Meyiwa ghosted in onto a loose ball in City’s penalty area and should have had the home side ahead but Taraq Fielies made as superb block to save his side from going behind.

Leonardo Castro was full of feisty determination, looking like the player of old, and, from wide, delivered an inviting ball across the City goal just two minutes later. But Ryan Moon was too late in coming in to try and slide it home.

Itumeleng Khune had to make a flying save as Chiefs cleared their lines in the 21st minute straight to Teko Modise on the edge of the Chiefs penalty area. He slammed a half volley goalwards, forcing Khune to fly across and turn the ball around for a corner.

Siphelele Ntshangase wasted a good opportunity some seven minutes later with a poor shot that went wildly over the goal despite the fact he had time and space after being set up by Joseph Molongoane on the right half side.

The second half opened with Moon’s goal that was his fourth in five starts for Chiefs. It showed his predatory skills as he got goal-side of Fielies and steered Castro’s clever pass into the net.

Chiefs then seamed to sit back and try and manage the scoreline allowing City to push forward to search of an equaliser.

Benni McCarthy’s side had plenty of ball and ran forward frequently but only got a real chance when substitute Sibusiso Masina showed great skills to take the ball over the head of defender Teenage Hadebe and fire at goal, only for Khune to get his body in the way and make enough of a block that Hadebe could recover and clear off the line.

Moon should have made it 2-0 in stoppage time as he pounced onto an errant back pass from Edmilson. But City’s keeper Sage Stephens stuck out a hand and somehow make a fine save.

Stephens made an even better stop a minute later to deny Pule Ekstein as City were caught out by pushing too far forward.