“I didn't want to do TV because I thought I was gonna be one of those 'cheesy' actors,” he said. 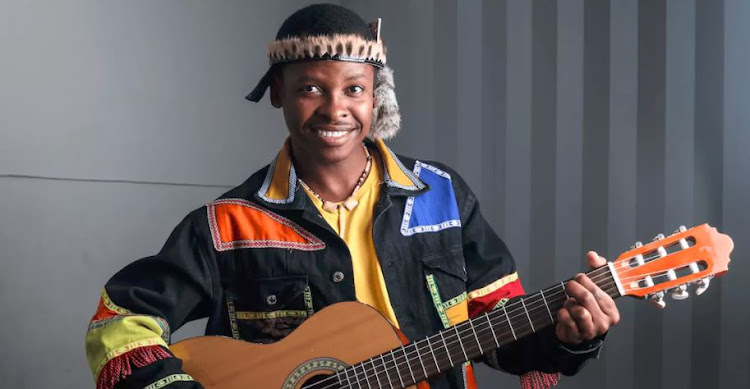 As eHostela continues to grow in popularity, there's no denying that the character of Mndeni has played a huge role in winning Mzansi over and the actor behind the dynamic character, Thobani Nzuza, has shared how the journey has been since season one.

Speaking to TshisaLIVE recently, Thobani explained just how much playing Mndeni changed his life and how it challenged him.

Listen to the full conversation below:

“In terms of his life as a character, it's been hard. In terms of me as an actor, it's been a great journey to have to play such a complex character and to have to challenge myself to gelling to the emotion, to the life and to the imaginary lifestyle that he has. It's been a learning curve for me and I am still trying to understand where I can go further in terms of my career.”

The second season of eHostela has toppled The Queen as pay broadcaster DStv’s second most-watched show, with the TV drama’s creative director Mandla ...
Entertainment
1 year ago

Many people aren't aware that Thobani had actually been in the industry for more than a decade before he made it to the small screen. The actor explained that after bagging his acting diploma, theatre stole his heart and he never planned to end up on TV.

“I won't lie, when you are into theatre ... first, people like to assume that a professional actor is only the one that's on TV, but that's a lie, because there are professional actors making a living in theatre. For me, personally, when I graduated with my diploma, I didn't want to do TV (jobs).”

Thobani admitted that he also held the view that TV actors lacked passion and were often just there to be “cute” and “sell their muscular bodies” for ratings, fame and a payday.

“When you're into theatre and you are lucky enough to gigs in theatre, we tend to think that TV actors are coconuts. So I didn't want to do TV because I thought I was gonna be one of those 'cheesy' actors ... However, as time went by, I grew and became a man with responsibilities and the luxury to choose? Well, that was demolished and I had to audition for TV,” he said.

As chance would have it, Thobani's first TV role would be Mndeni, who has grown to be one of the most loved TV characters in SA.

While the technical differences between acting for TV and acting in theatre remain, Thobani's view of “TV actors” changed dramatically as he began to navigate the journey of bringing Mndeni to life.

The actor soon realised that acting was about the “truth” and that often the medium through which the story is told is irrelevant.

“I think there's no difference in acting for TV and for theatre, that was just me ... As long as you are telling the truth and you are true to the script and to the character. You can get away with anything as long as you tell the truth.”