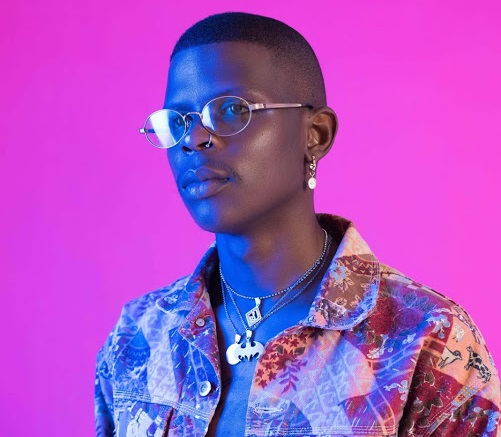 Aubrey Qwana's single Molo is fast putting him in the limelight
Image: SUPPLIED

It might have taken singer and songwriter Aubrey Qwana a while to get where he is but he has definitely arrived.

Before then, Qwana who made his professional debut in the music industry in 2018 with the release of Ngaqonywa which featured DJ Tira and Uhamba Nobani with Sho Madjozi was fairly unknown.

Dropping the single Molo attracted attention of music fans. The song, which has turned into a national anthem, has gone gold. The single's success led to the release of Extended Play (EP) titled Imvula Mlomo.

Born in Johannesburg and raised between Ulundi and Ladysmith in KwaZulu-Natal, the 26-year-old says his current sound, which is a breath of fresh air, is shaped by the music he grew up listening to like groups such as Platform One, Soul Brothers and iKhansela noJBC.

As a qualified graphic and fashion designer, Qwana defines his sound as Afro-pop fused with a bit of mbaqanga and maskandi sound all laced up with modern beats.

He explains that the performance of his music and getting airplay and response shows that the public approves.

“I did not realise that people knew about my music until I performed in Port Elizabeth last week. People knew all my songs. It has been long time coming and when it started it was a bit difficult and now things are really coming together for me. For me the pandemic was a blessing in disguise.”

“I dropped Molo this year and it really surprised all of us. It was doing so well that I had to release a video. The plan was to release an album in June but we changed our minds and decided to drop the EP. Molo has triggered all songs in the EP to do well.”

The EP is a deeply personal affair for Qwana, with songs reflecting different experiences that he has gone through and things that he sees happening to other people.

Qwana has also paid tribute to his late mother, who passed away when he was 12, with a song titled eHostela.

“My music is therapy…for me and my people. There are other people around me who cannot voice what’s happening to them and I’m in a space where I can. The reason I called the EP Imvula Mlomo is because this is my peace offering. I want people to pay attention to what I’m saying because each and every story has an introduction, and for me it’s this EP,” he says.

“I’ve been through a lot but everything I went through made me the man I am now. I wouldn’t be making the music I’m making without those experiences. I felt it was important to dedicate a song to my mum's journey moving from Ulundi to Joburg. I felt the need to embrace the environment that taught me that we can learn how to love one another.”

Qwana plans to drop a full album early next year and his EP was produced by Siyabonga Mkhize, while the beats were produced by different producers.

He says the interest in music started in 2008 while living in Ladysmith singing R&B, which did not work out.

He decided to focus on his studies and completed his graphic and fashion designer diploma at a college in Durban.

On the other side, the love for fashion started when he took a gap year in 2011 and he went on to host the first ever fashion show in Ladysmith.

Manu chose to be WorldStar ahead of advertising world

Multi-award-winning rapper Cassper Nyovest celebrates the joys of being a dad for the first time in his fourth studio album, Any Minute Now (AMN).
Entertainment
1 year ago

Gospel icon Sipho Makhabane is on a mission to find the next big Mpumalanga music star with the Mpumalanga Can Sing competition.
Entertainment
1 year ago
Next Article