Mantsai's two more golden horn trophies added to his growing collection to make it three - having won before for his role in controversial film Inxeba two years ago. He won Best Actor in TV Soap for his villainous role of Mthunzi Mayisa, beating industry heavyweights Jamie Bartlett (Rhythm City) and Nathaniel Ramabulana (Muvhango).

"This is amazing. It's always an honour to be celebrated," Mantsai told Sowetan.

"I've been thinking a lot about being nominated against Bra Bartlett.

"He has been doing this for years and this is the year that he left Rhythm City after so many years.

" I grew up watching him and I never thought I'd be nominated against him.

"The first time I won at the Saftas I was miserable because of all these negative things that were said about Inxeba. Now I feel different because there is no dark cloud. My work is just being celebrated." 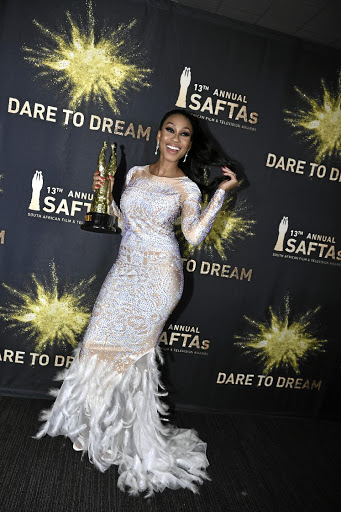 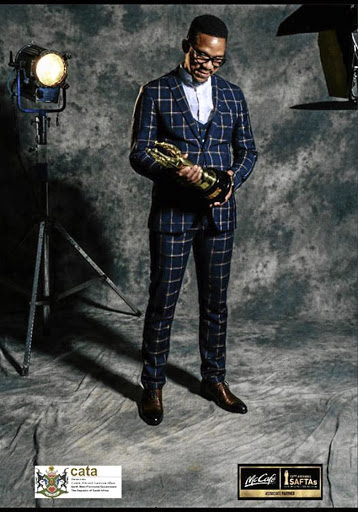 Christopher will depart the role of Yvonne in June.

"This role has meant so many things for me. For starters, seeing Kgomotso Christopher in a different light, sharing a comedic aspect of my craft and my ability to stretch into various characters," Christopher said.

"Having played this iconic character I had to make the decision to move forward and see what is next."

TV and film veteran Clementine Mosimane scooped Best Actress in Feature Film for playing Poppie Nongena. For the first time in their 14-year history, the Saftas took place online as a result of the Covid-19 lockdown and were hosted by Dineo Ranaka.