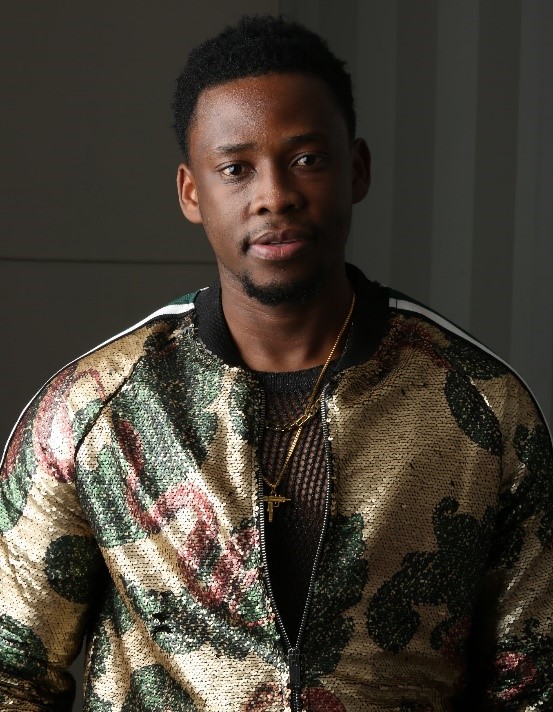 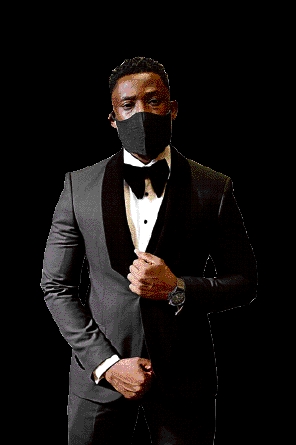 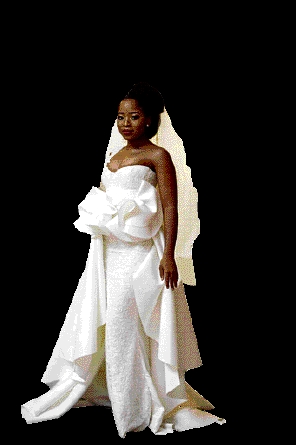 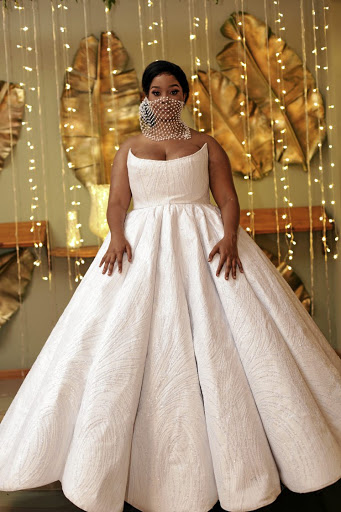 Mncube's fictional alter ego - a notorious womaniser - has turned him into a household name and sought-after leading man in the two years that he has been with Uzalo.

Next week, the casanova will attempt to execute his dream of a throuple by tricking Nonka (Thuthuka Mthembu) and Sphilile (Tee Xaba) into a polygamous marriage.

Viewers of Mzansi's most-watched show should expect the drama to unfold in a double wedding spectacular on Monday and Tuesday.

"We are two different people. Sbonelo is an a**hole, rude and a spoilt brat. He does his thing his own way and takes charge," Mncube says.

"But Wiseman is quite shy and introverted. I enjoy my own space and very humble. I like to socialise with people and help where I can. I'm definitely not a spoilt brat."

Bringing the wedding to the small screen under the national lockdown level 4 regulations was an over ambitious task for the show known for their classic wedding episodes.

The suit that Mncube donned was designed by Durban-based Nhlanhla Mvubu.

Dad's are always ready for a dad joke or two and some advice.
Good Life
2 years ago

"I was never ready. Some shops were open, but were however not allowed to sell 'special occasion' outfits," Uzalo Wardrobe HOD Nokubonga Ngobeni recalls.

"Wedding hire boutiques were also still closed, so it was a big challenge having to source and get the desired looks for the wedding under Covid-19 regulations.

"However, after making a few calls, I decided it would be best to work with some of KZN's local designers to help me achieve the looks I had envisioned for this young polygamous wedding."

Mncube echoes Ngobeni's words: "It's challenging having to work with masks all the time and limiting people like extras."

"As much as you are focusing on the acting, you have to also be aware of your surroundings and give people room. But expect lots of drama, suspense, happiness and love."

All eyes are on the episodes to deliver new TV ratings high. While the show retained its top spot last month after being off air for weeks, the ratings saw an alarming dip.

According to the latest data by the Broadcast Research Council of South Africa, it pulled in a viewership of 8, 73 million - dropping from 10, 59 million the month before.

Mncube admits that being centre-stage to such a big storyline and a show as massive as Uzalo comes with a lot of pressure. The 30-year-old actor has to constantly remind himself to keep grounded.

"I always remind myself that if you live to impress people you will breakdown. So, I mustn't change now because people think I'm a household name," Mncube says.

Before Uzalo, Mncube made his TV mark as Jama in drama series eHostela. The role won him a South African Film and Television Award (Safta) earlier this year. He beat industry heavyweights for the award, including Warren Masemola and Robert Hobbs.

"It's a big one because the Saftas are our Oscars here. I was the youngest in the category and next to someone like Warren Masemola," Mncube observes.

Winning awards is nothing new for Mncube whom before crossing over to television, focused mostly on theatre work.

After obtaining his drama degree at the Durban University of Technology in 2011, a year later he scooped five awards for his work on stage.

"I remember one TV producer coming to me back then and saying he was afraid for me because I was winning awards straight out of university and I was going to gain a big ego," Mncube recounts.

"I told him I love and believe in what I do. So, winning awards is just a cherry on top. I won't allow that to change who I am and what I do.

"I stay true to the art. Even coming to television and I still kept that love, passion and focus. Everything else will follow."

One of his most memorable roles on the stage is portraying the late Joseph Shabalala in the 2013 Ladysmith Black Mambazo tribute musical Amambazo directed by Edmund Mhlongo.

"It was quite an experience to be in a room with him, singing those songs and him telling us his stories," Mncube remembers.

"If that wasn't enough, I was playing him and it was a big one. I was doing the acting and they came to sing their songs."

Mncube discovered in grade 10 after watching his first stage play that he wanted to be an actor. His two brothers, Ntando and Omega, are also actors.

He is a proud father to his six-year-old daughter Lwandle.

Covid-19: The River on set, as Muvhango stalls

TV series The River has started filming again after shutting down production two weeks ago when a crew member tested positive for Covid-19.
Entertainment
2 years ago
Next Article