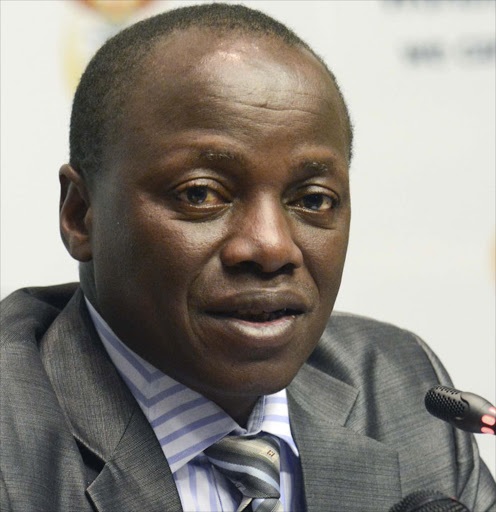 The Collins Chabane municipality, named after the fallen minister is proving that our expectations were misplaced, the writer says.
Image: FILE

Two weeks ago a Limpopo local newspaper, The Mirror, published a disturbing article detailing a case of corruption amounting to R900,000 at the Collins Chabane municipality, as flagged by the auditor-general.

The article was a reminder of events not so long ago when the communities of Malamulele were at loggerheads with the government, demanding their own municipality. They had argued that their municipality at the time, Thulamela local municipality, was stalling in the delivery of basic services, all because it was domiciled in Thohoyandou.

The long-running battle for a separate municipality disrupted the economy of Malamulele, including schooling in the town and surrounding villages.

This was due to the shutdown Malamulele was put under by the protest, rendering the town vulnerable to arsonists and looters who damaged public infrastructure and property, and looted shops.

The Municipal Demarcation Board had earlier decided that a separate municipality for Malamulele was not feasible, saying the area's economy was not stable enough and that a municipality in such a poverty-stricken area meant it will exclusively rely on the government grants to work.

Regardless, the people of Malamulele remained resolute until their demand for a divorce from Thulamela was granted, via the formation of a new local authority which was later named Collins Chabane municipality.

Residents of Vuwani in Limpopo will again attempt to get the reversal of the decision to incorporate them into the Collins Chabane local municipality.
News
1 year ago

Naming it after the deceased former cabinet minister, who was from Malamulele and a committed stalwart to social justice, raised hopes even higher.

Chabane was also known as a humble, hard-working minister who spurned VIP status until a road crash cut short his life.

So, his name attached to the municipality established to transform the socioeconomic conditions of the poor, expectations were also high that the municipality's administration would be known for nothing but excellence, guided by high moral standards.

Ordinarily, when a municipality is named after a fallen hero, expectations are that the political leadership, the council, municipal manager and employees would in executing their duties mirror that fallen hero's governance track record. Morever, Chabane was passionate about service delivery issues at grassroots level.

However, a few years down the line since its establishment, the Collins Chabane municipality is proving that our expectations were misplaced.

Though there were murmurs of suspicion that the call for a separate municipality was driven hard by local politicians who were looking to benefit materially, the residents had so much hope for the merits of the fight.

Today, it's all now visible that, like a sly crocodile hiding in the deep for prey, looters were also waiting in the wings to pounce.

For this bunch of "leaders", it does not matter to them that the local authority they are stealing from has limited resources.

The transfer of R900,000 to a service provider who did not render any service to the municipality speaks volumes and cannot be ignored.

To our dismay, the municipality dismisses the transaction as a mistake.

Such a disgraceful act raises eyebrows and requires deep introspection as to whether the call for a municipality was a genuine one advanced in the interest of the poor or a fight for the platform to eat?

Now that the looting is in full swing at Collins Chabane, these criminal acts must be dealt with according to the law.

If no action is taken against the offending officials, efforts to transform the lives of the poor would be deferred.

One wonders where will the people of Malamulele look to for a better life if the municipality they fought for is becoming the playground for corrupt rascals?

Several communities in Vuwani, Limpopo, have vowed not to vote in the next month's general elections
News
2 years ago

The ANC in Limpopo is hard at work trying to replace the sacked mayors linked to VBS Mutual Bank.
News
2 years ago

Limpopo ANC deputy chairperson Florence Radzilani jumped before she could be pushed.
News
2 years ago
Next Article