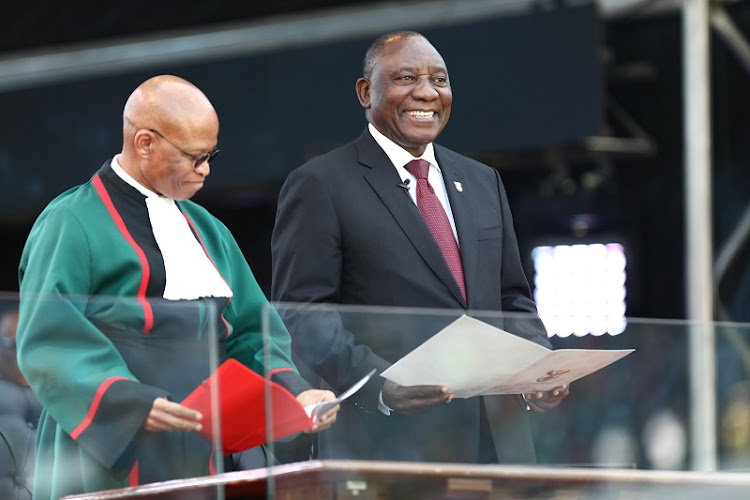 President Cyril Ramaphosa at his inauguration at the Loftus Stadium in Tshwane on Saturday.
Image: Alaister Russell

Oh! Nkosi sikelel'i Africa! I wish and pray CR17 is kept in the presidency for three terms to rescue SA from the mess Jacob Zuma created. Ramaphosa must get rid of Zuma backers. - Anon

Why do men abuse their bearers?

A woman gave birth and raised a man who in turn fell in love and married a woman. It surprises me to see the same man disrespecting a woman by abusing her. - Maria Manganye, Soshanguve

If a village girl like Zozibini Tunzi can be crowned Miss Universe without wearing a weave or other types of expensive fake hair extensions, what does this tell us as Africans? - OJ Mangwana

SA politicians in it for looting

I have noted with dismay that the aim of SA politicians is to oust other politicians who stand in their way of looting in all levels of government. They're not in it to serve the people. - Chopo

Where has Lucas Baloyi (Sowetan, December 9 - ANC's the only party that cares) been all these years? SA is in a mess and the majority are living in poverty because of false ANC promises. - Lesetja