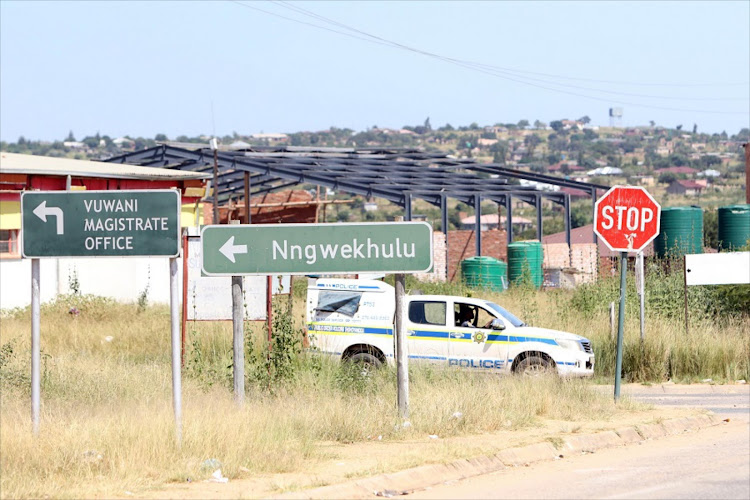 Communities in Vuwani, Limpopo have said there will be no elections after losing their protracted battle to be reincorporated back into the Makhado local municipality
Image: Antonio Muchave

Several communities in Vuwani, Limpopo, have vowed not to vote in the next month's general elections after losing their protracted battle to be reincorporated back into the Makhado local municipality.

The communities of Vuwani have been demanding that the Municipal Demarcation Board reverse its 2016 decision to move them from Makhado municipality to the newly established Collins Chabane local municipality whose seat is Malamulele.

The Pro-Makhado Demarcation Task Team (PMDTT) deputy chairperson Arnold Mulaudzi said the communities resolved that they were not going to vote because their demand had not been met.

“Nothing has been done since we demanded that the demarcation board to reverse its decision to move over 30 villages to Collins Chabane. We are also not going to allow political parties to place their posters because none of them came to Vuwani when we needed them...

“ No political activities will take place in the area unless government commit itself in writing that after election the decision will be reversed,” he said.

Mulaudzi said nothing would change their mind except going back to Makhado, whose seat is the town of Louis Trichardt.

“People should be allowed to make that choice whether to vote or not on their own. However, we are ready for the general elections in the province and we are going to have our voting stations there in Vuwani,” she said.

The ANC won most wards following by-elections across Gauteng on Wednesday.
News
3 years ago

By-election victories in KZN a foretaste of May 8, says ANC

The ANC in KwaZulu-Natal (KZN) has retained both wards in two crucial by-elections in the province in what the party has described as a "foretaste of ...
News
3 years ago

Mateta said if the community members lock the school gates like they did in the last election, the voting will take place outside the premises. She said the plans were afoot to meet with the communities in the next two weeks.

“We have given space to the Limpopo government and minster of corporate governance space to deal with the Vuwani issue.”

However, Limpopo government announced this year that the community will have to wait and reapply in the next cycle of municipal demarcation process in 2020.Premier Stan Mathabatha spokesman Kenny Mathivha said the premier was aware of the Vuwani stalemate.

“The premier is in contact with minister Zweli Mkhize and they are intending meeting all the stakeholders before the elections,” Mathivha said.