Money and materialism have sadly deformed acts of kindness 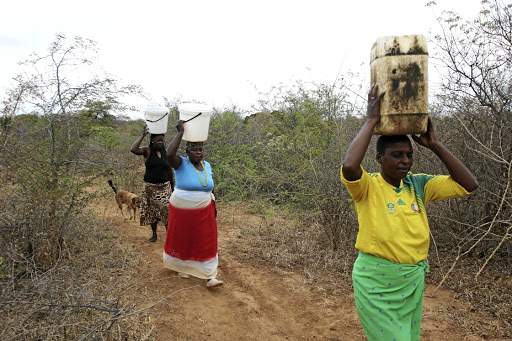 Women took up the challenging role of taking care of the household and raising children when their men toiled in the mines.
Image: Antonio Muchave

South Africans of a particular age will remember a time when it was normal and easy for a driver to give a lift to a stranger on the side of the road. The idea of being hijacked did not enter the driver's mind.

That was the age of kindness. It was a time when a child would be given a hiding for a misdemeanour by a neighbour who volunteered to protect the integrity of the misbehaving child's father without fearing accusations of child abuse.

Neighbours took care of each other. Children ate next door as if they were eating at home. Even the rich used to look after the whole community. A poor family would be assisted by a businessman in the village. When fathers were away in the mines, mothers formed self-help societies that used either tradition or religion to cement social bonds of solidarity.

The women of the time were true "rocks" - they kept all aspects of family life going while their husbands were toiling underground somewhere on the Witwatersrand.

If you did not have a son, your neighbour's son would fix your leaking roof without expecting any form of pay.

A boy would brim with pride upon receiving sincere words of gratitude from a thankful neighbour. That was a time before the integrity of words was hollowed out by money.

Ramaphosa is not arresting comrades as to do so would sink he entire party.
Opinion
2 years ago

He who happened to own a car knew that it belonged to the entire village. He would not go to town without notifying neighbours first. For he felt a moral duty to avail his car for the benefit of his community. That was ubuntu in practice, not the version preached by our thieving politicians today.

Such was a time when communities did not live in fear. Even in sprawling townships, people of a section knew and looked after each other.

The tsotsis of the time would be lionised for breaking and stealing from houses belonging to white people in the suburbs. They would never break into a house next door. Indeed, whites were viewed by blacks as oppressors. On their part, whites treated blacks as mere tools.

Communities in the age of kindness were intact. Everyone knew everyone. There was a moral code that people felt ashamed to defile. Misbehaviour by one family member brought shame to the whole family. The priest of the time was a real man of God, not a fondler of other men's wives. Men of the cloth did not use the pulpit to collect money. They were genuine nourishers of the soul.

Today, everything has a price tag. The moral obligations that were exchanged by those who lived in the age of kindness have now been turned into solicitations of material reciprocity. Even in a remote village a driver now looks around before giving a poor old woman a lift, for you never know what lurks behind the nearby bush.

A poor old man seeking a lift is in trouble these days. His gender has been criminalised by the fate of drivers who were once hijacked by highwaymen with grey hair. Social media spreads such bizarre stories far and wide.

Our age of rebarbarisation has turned man into beast. If you hire young men from next door to fix a broken door, they do it in such a way that would make it easy for them to gain access to your house when they return as thieves at night. Rebarbarisation also manifests itself in the formal domain of the state. A government official today cannot print a mere form for you without expecting "something" in return. We all know that the police expect "cold drink" for work they are paid for.

Is there anyone who trusts the so-called men of God these days? The flamboyant Bishop Israel Makamu was once excoriated for saying "20% of the women in church want to sleep with the pastor".

What Makamu did not say is how many pastors sleep with women in the church. The age of kindness was preceded by that of barbarism. Now that man's soul has been rebarbarised, what will it take for kindness to be restored?