Our problems aren't the SOEs, but the clowns who govern us 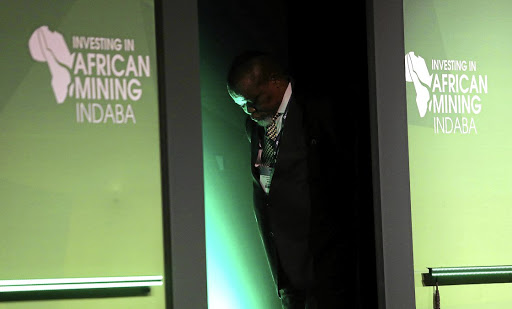 Last week Gwede Mantashe was applauded when he told a mining indaba in Cape Town that mining companies will now be allowed to generate their own electricity.

Mantashe also made another announcement - that the government has decided to allow a new company to generate electricity and compete with Eskom.

Only in a banana republic do ministers stand like clowns and declare the incompetence of their government without grasping the meaning of their own statements.

Essentially, Mantashe was applauded for announcing that his government is so incompetent that, like it has happened in education and health, it now expects private companies to generate their own electricity.

In The Trouble With Nigeria, Chinua Achebe wrote that if you want water in Nigeria, "you sink your own borehole", and if you want electricity, "you buy your own generator".

That is what happens in a failed state. It is precisely what Mantashe told the mining moguls : to "generate your own electricity".

The scoundrels in politics have nearly broken this country, but it remains one of the best place to live in
Opinion
2 years ago

The trouble with SA is that we ordinary people don't have our indaba at which Mantashe could be applauded for telling us to generate our own electricity. We are therefore condemned to darkness.

In another book, A Man of the People, Chinua Achebe wonders what had happened to the people when "a minister of culture announced in public that he had never heard of his country's famous novel and received applause".

There he was, minister Mantashe in Cape Town, announcing that mining companies will now be allowed to generate their own electricity. What the ignorant Mantashe did not know is that, in the first place, Eskom was created to replace the very system that President Cyril Ramaphosa's government wants to re-introduce.

Before Eskom was established, electricity in SA was generated by private companies, given concessions by the state. This system was both inefficient and ineffective, for the private electricity companies were interested in supplying power to mining companies because they could pay top dollar.

If you happened to be located far away from mining activities, you simply had to make peace with darkness. That is the system Ramaphosa's government wants to reintroduce.

When Jan Smuts instructed Hendrik van der Bijl to form Eskom, the objective was to replace the very system that allowed mining companies to generate their own electricity. Smuts wanted to ensure that even people who lived far away from mining activity could have electricity.

Such a system never worked in the past, and will never work in the future. The system of monopoly in the provision of public goods - such as water, electricity, education, healthcare, etc. - ensures efficiency and generalised public access.

This is not an ideological matter; it is a practical reality. Which country in the world has moved from third to first world on the basis of private education? Study the developed West or the fast-developing East Asia, and you will feel the anguish of being governed by ignoramuses like Mantashe.

The trouble with SA is not state-owned companies. Our biggest problem is that we are governed by a bunch of incompetent and corrupt clowns.

Go to a country like South Korea, for example, and you will value the role of state-owned companies.

The second-biggest problem in SA is that our collective memory is short. Deceptive politicians like Ramaphosa take advantage of that. Last year he told us that Eskom would be split into three companies. Now Mantashe is telling us a new company will be introduced to compete with Eskom. What happened to the split?

When a nation is in trouble, it is neither time to tell lies nor treat politicians with velvet gloves. It is time to empower the people by telling the truth.