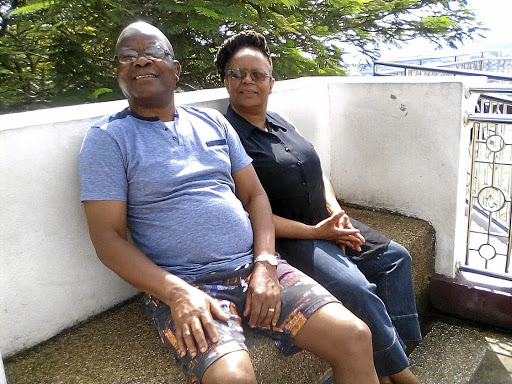 Hlabirwa and Mamodulo Maleka were finally refunded R7,000 paid to an estate agent in a botched sale agreement. /Supplied

This article has been updated to add comment from Fout Attorneys. Scroll to the bottom of the article for more.

A Johannesburg attorney accused of paying an estate agent its commission before a property was registered in the name of the buyer has now refunded the buyer her money after a two-year battle.

Mamodulo Maleka, 63, approached Consumer Line a week ago after battling to get her R7,000, which was paid to Phil Wesi, an estate agent, following a botched sale.

In terms of the Estate Agency Affairs Act, the commission is earned when all suspensive conditions on the sales contract have been met.

This means the rates and taxes should be paid, electricity clearance certificate fees be paid and the house transferred into the name of the buyer.

However, Phemelo Fout of Fout Attorneys paid the seller and the estate agent R30,000 each when the process should only be done after the attorney has reconciled the transfer account.

Maleka's worries are, however, now over. Fout paid her R7,000 excluding the accrued interest on Monday after Consumer Line stepped in.

Maleka and her husband, Hlabirwa, 65, had decided to buy a house for their unemployed child using a portion of her pension payout, she said.

Maleka said after the offer to purchase was signed by all parties she then paid R210,000 in two instalments into the trust account of Fout, who she thought would pay the agent after the transfer had been completed.

"The conveyancer had to act as a gatekeeper and only pay the estate agent after the registration of the property at the Deeds Office," Maleka said.

Maleka said the transfer had to take place within three months but this did not happen and the seller later withdrew the sale of the house.

"It's not my fault that they delayed with the transfer and I should not suffer because of their lack of action," she said.

If you get defrauded by an unregistered estate agent, you can claim your losses from the Estate Agency Affairs Board (EAAB). But not for long. Once ...
Business
2 years ago

Maleka said Fout paid back the R150,000 that was left in his trust account after he had paid the seller and the estate agent R30,000 each and an additional R30,000 was also returned by the seller.

Both the attorney and the agent had undertaken to settle the remaining amount, but had not done so, she said.

When approached for comment on Monday, Fout accused Consumer Line of exerting pressure on him even though he had been given the whole of last week to respond.

"You are at liberty to publish the story without our version. We requested you to give us until October 21 2019 to respond and we do not understand why are we being put under unnecessary pressure," Fout said.

"Thank you for your intervention, otherwise it was not going to happen. We truly appreciate," read Maleka's WhatsApp message.

Fout said they acted on the complainant's instructions and also kept her updated about all the problems they faced during the transfer process. "At all relevant times the client was advise about each and every legal consequences involved in the signed offer to purchase," the firm said to its response to Sowetan.

"There was an interdict at the deed office over immovable property that we intended to be sold, and we also needed consent from the department of housing. These processes took some time to deal with and the complainant was advised about the same."

Fout said after the entire processes following the failed deal, the pensioner owned and had not reimbursed them for "wasted cost which we still entitled to demand same from her".

They said they had paid her money in full, however what they did not return was the money for the work done. "Client was at all relevant time advised about such and she was made aware she was indebted to us as someone who undertook to pay our fee."

The most expensive suburbs to rent property in South Africa

A week ago a certain property in Gauteng caught my attention while I was surfing the net.
Business
2 years ago
Next Article