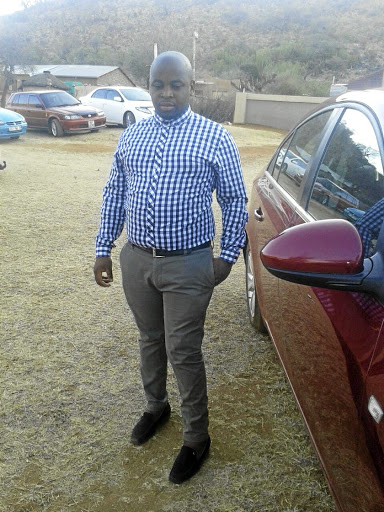 Leuntle Ison Mosongwane is still waiting for money from the RAF. /Supplied

The Road Accident Fund (RAF) has scheduled a second meeting to try and resolve a protracted complaint the mother of an accident victim has against them.

The scheduled meeting came after Mpho Ntshangase again enlisted the services of Consumer Line as she wants full compensation from the state-owned insurer for accident victims after her 20-year-old daughter got injured in a motor accident 17 years ago.

Ntshangase has since received R2.7m for future loss of income and general damages on behalf of her daughter, Sponono, and R450,000 for her son, Thulani, after Consumer Line's intervention. But Ntshangase still believes that RAF still owes her daughter more money.

However, RAF acting chief marketing office, Dr Adriaan Taljaard said according to their records, four offers were made to Ntshangase for compensation for injuries for Sponono which she accepted in June 2016.

"Consequently, we dispute the allegations that payment is still outstanding," Taljaard said.

A meeting has been set to explain to Ntshangase why her daughter received R2,7m on June 30 2016. Ntshangase said there was money payable to Sponono, adding that the initial payment excluded an undertaking to pay for her daughter's future medical expenditure.

Normally, the RAF issues an undertaking which is an agreement where it pays back all incurred medical expenses for accident victims.

Though Sponono needs medical treatment this has not been taken care of, Ntshangase told Consumer Line.

Sponono was three years old and in the company of her brother when a taxi driver allegedly lost control of his car and knocked down and dragged Thulani.

Thulani was left with a broken neck, missing teeth and a cracked skull, Ntshangase said.

Ntshangase approached the RAF after she was advised that it would be quicker if she did so on her own without enlisting the services on an attorney.

Her experience with the RAF officials was horrendous as she was once told that her child was born with mental incapacity and just wanted to claim from the fund, she alleged.

Ntshangase further alleged that when her son turned 21, he was forced to sign and accept an offer of R120,000 despite his mental incapacity.

Sponono was offered R200,000 which she felt was an insult considering her injuries, the mother said.

Responding to the matter of another accident victim, Leuntle Mosongwane, Taljaard said the RAF had an administration oversight and due to that payment was not loaded on the system until this month.

He said payment will be made as soon as possible.

Mosongwane, 31, of Pimville, Soweto, had highlighted his plight with the RAF to Consumer Line which resulted in our intervention into the matter.

He could not conceal his excitement when Consumer Line informed him that the RAF has agreed to pay his compensation into the trust account of his attorney.

Mosongwane employed the services of Muleya Attorneys after he was injured in an accident in December 2013.

He said the driver of the taxi he was travelling in to Ladysmith, KwaZulu-Natal, lost control before and overturned leaving him with an injured pelvic bone and a fractured ankle.

Mosongwane said he was hospitalised for 10 weeks and since then he has not been employed as he was declared permanently disabled.

The father of two said the matter went to the South Gauteng High Court in Johannesburg and that the RAF was subsequently ordered to pay R500,000 in settlement for his general damages.

"It was ordered to pay reasonable tax, full cost of counsel, cost for medical report and consultation fees, but they had paid all these service providers except me," Mosongwane said.

He said the issue of loss of earnings has been postponed to a date yet to be determined.

A mother of a minor child whose father was killed in a road accident has failed in her bid to ensure that the settlement agreement she reached with ...
News
2 years ago