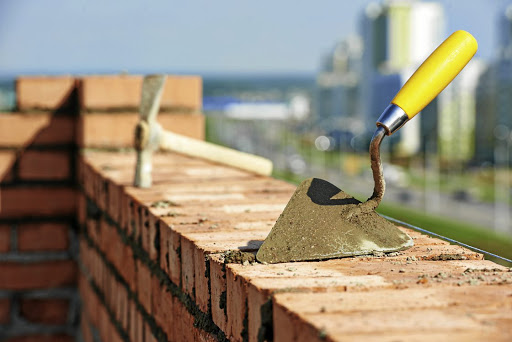 Pensioner Dina Stoufers is still waiting for her house to be extended by Isaak Appels of MT Contracts, three years after she had paid him. /123RF

A pensioner says she has been fleeced out of her hard-earned cash after paying an "unscrupulous" building contractor who has until now not laid a brick to extend her house.

When she retired in 2016, Dina Stoufers of Klerksdorp, North West, decided to extend her house and used a portion of her pension fund to do so.

Stoufers says she now regrets the decision as she has been battling to get her refund from Isaak Appels - the owner and director of MT Contracts cc - since 2016. Appels is also father-in-law to Stoufers's son.

To support Appels as a relative, Stoufers, 65, told Consumer Line she decided to hire him hoping that he would honour her wishes and deliver within three months as undertaken. She said Appels quoted her R205,000 but she paid R200,000 after they agreed that the balance would be paid on completion of the house.

"He acknowledged receipt of payment and promised to extend the house after he completed the project he was working on. But weeks turned into months and months into years with excuses and lies instead of extending my house," Stoufers said.

'Attorney' not with Law Society
Opinion
2 years ago

She said in the meantime, Appels fired her son who worked for him because her son kept on pestering him to extend her house. Stoufers said she found herself in a difficult situation as Appels is related to the family by her son's marriage and thought of giving him more time to consider his action and consequences to their relationship.

"Three years later, the house is yet to be extended by a single brick," she said.

Initially, Appels told Stoufers that he had bought material for the house which included bricks and roof trusses, but later said he used the material for another project and offered to replace it, Stoufers claimed.

Then later, he had another project in Ventersdorp and begged for an extension of time as he did not want to lose it to another builder, which she found amenable, she added.

"As time went by and his lies kept piling up, I could not take it anymore and sought police intervention, but he also lied to them," Stoufers said.

She said Appels had promised that he would start building her house within three months, but he never honoured on his promise.

"On a fact-finding mission, I've learnt that I am one of the many victims that fell prey to this corrupt businessman and that there are similar matters currently in the hands of various lawyers," Stoufers said.

She said she also discovered that he did not pay sub-contractors he had hired to do paint work for him.

"Mr Appels is a dishonest, selfish, corrupt and deceitful individual and the most important person in his life is himself," said the bitter pensioner.

She said this matter was long overdue and that she had been patient for far too long and now wants her money back.

"The only corrective measure for his sake is to avoid legal and other costs, seizure of assets and so on and to restore the credibility and dignity of his business by paying back the money that he is indebted to," Stoufers said.

The sub-contractor, who wanted to remain anonymous as his matter was currently with his attorneys, said he painted four houses for Appels and has not received his R55,000 he quoted for the work done.

Instead of responding to Consumer Line's inquiry, Appels delivered tons of bricks at Stoufers' house and promised her that he would start with the extension work last Monday.

"This means he inflated his price because he knew I had received pension payout. I am tired of his lies, I just want my money back."

Appels had not responded to Consumer Line's follow-up inquiries by the time of publication.

Renovations stall as customers wait for materials.
Opinion
3 years ago

Aa estate agent in Tshwane is accused of keeping the purchase deposit after the "home owner" decided to withdraw the offer to sell. The agent has ...
News
6 years ago
Next Article