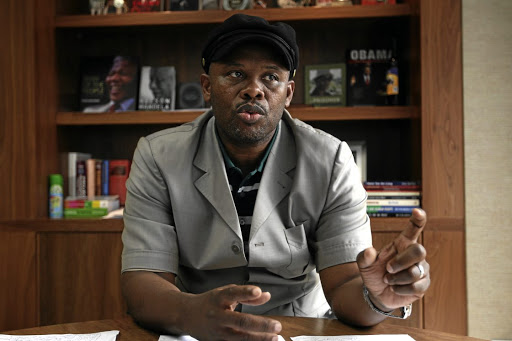 Sibiya was head of police's elite investigating unit when Meyiwa was killed in October 2014.

He told Sowetan yesterday, amid mounting allegations that he was part of a "cover-up" on the matter, that he never even caught sight of the docket on the goalkeeper's case as it was handled by detectives.

"I really wish I was involved in this," Sibiya said.

"I am in fact begging; give me the Senzo Meyiwa case, some of us would like to investigate that case."

Sibiya said then police commissioner Riah Phiyega decided that only detectives may refer cases to the Hawks.

Meyiwa was shot and killed while visiting his girlfriend Kelly Khumalo at her mother's house in Vosloorus, Ekurhuleni.

Sibiya, who now heads the City of Joburg's forensic investigating unit, has been embroiled in allegations of having stalled progress in the police investigation.

"At no stage was the Senzo case investigated by the Hawks at that time," Sibiya said.

He said him and his team had also reacted to the news of Meyiwa's killing and headed to the hospital.

"There were many people there, including Kaizer Chiefs and Orlando Pirates players," Sibiya said. He said they then moved to Khumalo's mother's house, with the idea of securing the crime scene.

"There were also many people at the scene. We had to clear and protect the scene," said Sibiya, adding that was the end of their involvement in the case. "Thereafter a decision was taken that the matter was to be handled by the detectives. I've never handled the docket."

Chicco Twala has slammed allegations that it was his gun that was used to kill Senzo Meyiwa.
News
4 years ago

Chicco Twala lambastes Fikile Mbalula - 'He thinks he is Madonna'

Chicco Twala has attacked Fikile Mbalula over his handling of the murder investigation of Senzo Meyiwa.
Entertainment
4 years ago
Next Article