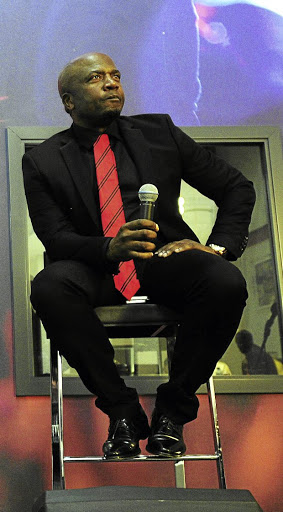 Chicco Twala has defended Kelly Khumalo amidst ongoing speculation that the singer played a part in the death of Senzo Meyiwa and was covering up who had shot the former Bafana Bafana goalkeeper.

Chicco made headlines recently after a parody social media account claimed to have information about the murder and pointed fingers towards the music veteran and his son‚ Longwe. Chicco has since hired forensic social media experts to try find the identity of the person behind the account.

Chicco told TshisaLIVE that he understood the nation's fascination with Senzo's death‚ but said he believed that neither Kelly nor his son Longwe were involved.

"Look‚ I wasn't there the day Senzo was killed but I know that Kelly and Senzo were in love. Why would she kill him? They were lovers. They had a child together. Someone would have spoken out by now."

He said that if Kelly knew Senzo's killer‚ she would have given that information to police.

"If it was my son‚ or anyone else she knew‚ she would have said something. I don't think she would have kept quiet. You can't keep quiet when someone you love dies in front of you and you know who killed him. It would have come out."

He said that he was not worried about the swirling speculation around the murder on social media and just wanted to clear his name.

"I don't care what people say on social media. They can speculate all they want. I want the facts and if someone is claiming that I am involved‚ I want evidence. Otherwise it is defamation."

Senzo was killed during an alleged botched robbery at Kelly's family home in Vosloorus in October 2014.