Race consciousness remains at the core of voter behaviour 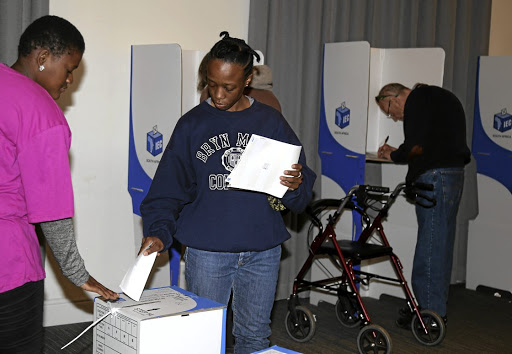 As South Africans prepare to cast their votes on May 8 for the national and provincial elections, the writer feels the status quo will remain the same in the political terrain. / Erasmus Nche / Getty Images

As we inch closer to the elections, theories and questions abound regarding the voting behaviour of South Africans.

One of the questions white South Africans frequently ask is: "Why do black people continue to vote for the ANC regardless of evidence of corruption?"

Another equally important question is seldom asked: "Why do most white South Africans continue to vote for DA whether the party has problems or not?"

There are both historical and practical reasons why blacks and whites vote along racial lines. Due to the history of apartheid, blacks do not trust whites. Whites too don't trust blacks. Black people generally see the ANC as their party, and whites see the DA as theirs.

It does not matter how hard the ANC may try to lure white people, whites will never trust a black party. The same applies to the DA: whatever whites may do in the party, blacks don't feel the DA is truly their party.

Beyond race consciousness and history, there are also practical reasons why blacks vote for the ANC and why white people vote for the DA.

A typical poor black person has something to show from the government of the ANC. If he or she does not have a social grant, such a person has an RDP house, or clean drinking water, or electricity in his or her house. Most blacks were denied these basics under apartheid.

To expect a black person who has received such services to worry about corruption is to fall victim to middle class obsessions. It is true that corruption robs the poor, but the poor are grateful for the little they have received from the ANC government. Indeed, ignorance does play a role in this regard.

The poor black people who are beginning to experiment with political alternatives on a significant scale are those voting for the EFF. In the main, these are unemployed, uneducated, hopeless young people who no longer believe the promises of employment made by the ANC at every election. Still, these young voters do not entertain the DA as an option.

As for white voters, they, too, have practical reasons for voting the DA. Given that white South Africans are generally members of the middle class, they are more preoccupied with middle class problems than with problems affecting the poor.

As a party of middle class and rich people, the DA's posture sides more with the middle class than with the poor. Even the internal political culture of the DA is not pro-poor.

An uneducated young black South African who lives in an informal settlement would find it hard to fit in DA culture than his educated counterpart.

Those who think that white people will vote for the ANC because of Cyril Ramaphosa underestimate the depth of race loyalty as a driver of our country's politics.

Those who wish to break this race-based politics will have to design and foster a new political culture that encourages poor black people and middle-class whites to feel a common sense of belonging in one political home.

Such is the greatest challenge for SA.