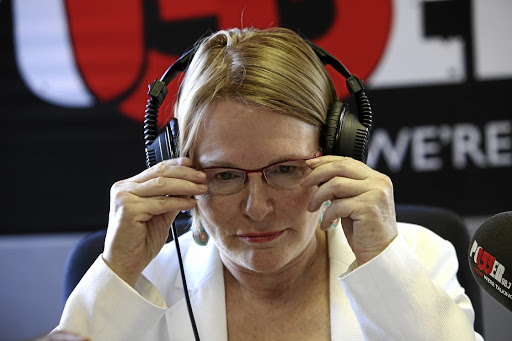 For as long as I have been working, I have been paying tax - although all the cumulative tax of a mere political analyst amounts to peanuts compared to that of Helen Zille.

Even for a near-poor soul like me, it is painful to see my tax money being squandered by scoundrels. That is why, like Zille, I want to see all the thugs exposed at the Zondo commission locked up.

If they are not jailed, Zille thinks we must embark on a tax revolt. She believes we can draw lessons from the Bambatha Rebellion; even from the e-tolls boycott of the vigilant people of Gauteng.

Zille and I hold hands only to the point where we both enjoy the dramatic visuals of the thieves being thrown into a dark dungeon.

When she proceeds to excavate archaeological material from some ancient models of tax revolt, I let her go alone. For I disagree with the idea of a tax revolt.

Why do Zille and I hold different views on the question of tax revolt? Is it because she is intelligent, and that I am stupid? Could our differences be accounted for by the fact that she is retiring after the elections this year, and therefore has a huge pension to protect from tax?

The comment made by Western Cape premier and former DA leader has rightly been met with disapproval.
Opinion
3 years ago

Maybe a pensionless soul like me is understandably incapable of grasping the intricacies of the mental universe inhabited by fortunate creatures like Ms Zille. A part of me says I am wrong. The answer may lie in another mental universe that is incalculably vaster than the little world of government pensions.

To be white is to live unlike blacks - and vice versa. The psyche of the black majority in SA is evidently different from that of the white minority.

These two psyches were moulded by different histories. Hence Zille does not understand why black voters keep on returning "corrupt" black politicians to power.

So, what do you do? Deprive corrupt politicians of taxpayers' money, and starve the masses of black people to death?

Let them die in their millions in medicineless hospitals? Let them perish by hunger in social-grant-less poor households? And let their children waste away at home, without schooling, after Zille has embarked on her vengeful tax revolt?

Presumably the pungent stench of millions of unburied corpses will force black survivors to vote "correctly". For they and their corrupt government will be so penniless that they can't even bury their dead.

As Zille continues to pore over her models of tax revolt, those among us who still have a human heart must study Zille's mind.

How does a mind attain a near-total success in silencing the heart? What kind of human being would plan to exterminate poor black people for not voting "correctly"? Even I, a proud critic of the ANC and its corrupt fat cats, cannot understand Zille's mind.

In her book The Future is History, Russian author Masha Gessen suggests that there is a special human being for psychoanalysts: "The human being of psychoanalysis is a complicated creature, a creature capable of reflection but doomed to make mistakes in the process of reflecting, a creature endowed with huge, destructive energies."

Only ignoramuses who have scant knowledge of Zille would suggest that she is incapable of reflection. That she does make mistakes should by now be obvious to every observer of SA politics.

The problem with Zille is neither her capacity for reflection nor her proneness to error. It is her huge, destructive energies.

Maybe we must seek not merely to understand her mind, but, more importantly, to contain her energies.