Biggest conundrum for whites today: how to vote for Ramaphosa, not the ANC 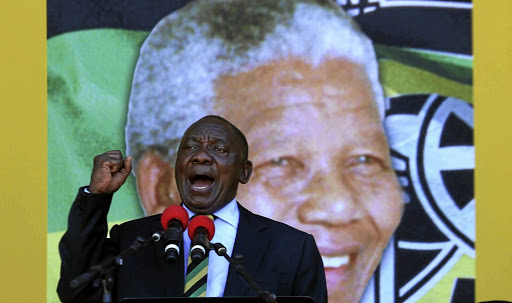 For most whites, President Cyril Ramaphosa is the second-best black thing that has ever happened - after Mandela, says the writer.
Image: ESA ALEXANDER

A few years ago, I had the privilege of addressing the Cape Town Press Club - a bunch of old and tired white males who seemed to have had too much wine in their lives. There must have been the odd woman in the group.

My address followed the publication of our [Mashele and Mzukisi Qobo] book, The Fall of the ANC: What Next?

The group clearly relished my murdering the ANC.

"For how many years do you think the party will last?" some asked.

But something was strange about the discussion.

While the group wanted the ANC to die quickly, they did not welcome my critical reflection on Nelson Mandela. They kept reminding me of his greatness.

My retort was even more mischievous: "I know because you yourselves know that you did not vote for Mandela in 1994."

I told them that there was only person in the room who had voted for Mandela; it was me. There was no further protest. Indeed, a liar knows the truth.

My Cape Town Press Club experience is being replayed today. Whenever I address forums of white South Africans, and whenever I tell them how rotten the ANC is, they enjoy it.

But there is one man they do not want me to touch: Cyril Ramaphosa. For most whites, he is the second-best black thing that has ever happened - after Mandela. For the first time in years, white people are eager to defend a black ANC politician.

Given their voting record, one would expect them to praise Mmusi Maimane. Alas, Ramaphosa has stolen poor Maimane's thunder.

But why are white people so mad about Ramaphosa?

It is because whites are practical people; they always defend their interests.

Under colonialism and apartheid, white people were happy to enjoy the privileges that accrued to the white skin. It was only when apartheid reached a crisis point did they see the need to try something radically new.

Before Mandela became president, white people were highly suspicious of him. It was after the former "terrorist" showed his human side by forgiving white sins that they began to praise Mandela's virtues, marketing him as a saint who keeps on trying.

After Mandela, it took time for whites to find another political horse to ride in the ANC. Thabo Mbeki was too race conscious to be trusted. Zuma's barbarity was deemed too primeval to be tolerated in "civilised" circles.

In the space between Mandela and Jacob Zuma, Ramaphosa was ripening nicely in the formative ovens of white financial power. If you sense a hyperbole here, ask yourself: How did Ramaphosa make his billions?

Given that Ramaphosa's money dwells in white banks and factories, perhaps it is understandable why he is the sweetest darling of white circles. Whites are certain that, in the process of protecting his money, Ramaphosa will not jeopardise white wealth.

The most difficult thing for white South Africans is how to separate Ramaphosa politically. They don't trust DD Mabuza, Ace Magashule or the "corrupt" ANC, but Ramaphosa is their man.

How, then, do whites vote for Ramaphosa without rewarding "dodgy-dealer" (DD) Mabuza? Such is the dilemma.

The hard truth about white South Africans is that they do not trust black people in general. Africa is too full of political horror stories to inspire white confidence. Look at Zimbabwe, they would say. Thus the strategy is to isolate a black man from the rest of his "untrustworthy" people. If it means pumping billions into his private pockets, so be it.

The greatest challenge for SA is the trust deficit between black and white peoples, in a country where both are supposed to live together.