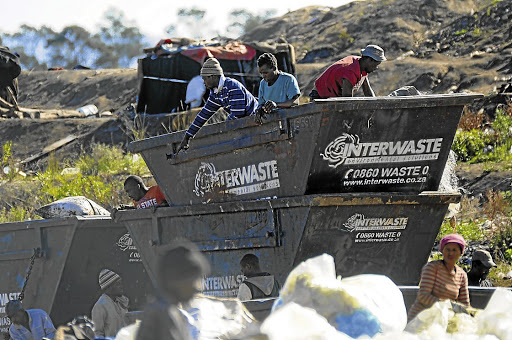 Our governing politicians don't care about empowering the poor or creating jobs but only about taking money to enrich themselves, says the writer.
Image: RANDELL ROSKRUGE

"When politicians start talking in mystical terms, beware. They might be trying to disguise and excuse real suffering by wrapping it up in big incomprehensible words."

Such is a sobering warning from 21 Lessons for the 21st Century, a book by world-respected historian Yuval Harari.

Last week the ANC held its annual birthday party in Durban, where its president, Cyril Ramaphosa, delivered the January 8 statement of the national executive council.

Typically, such statements are used to announce the party's programme for the year ahead. The programme includes internal party work and what it will do in the government.

What the party does to itself is a matter for its members. What it does in the government concerns all South Africans. That is why millions of people sit in front of their television sets to hear what the ANC leader, who is also our country's president, has to say. In years past, January 8 statements used to be serious business for our country. This was when citizens still expected a great deal from politics. A promise of jobs at such an event used to instil hope among millions of unemployed people.

As was expected, Ramaphosa did promise jobs. In an election year, it would have been a tactical miscalculation not do to so.

But South Africans have no reason to believe Ramaphosa. Albert Einstein defined insanity as doing the same thing over and over and expecting different results.

If you are unemployed, how many times has the ANC promised you jobs? Do you now have the promised job? If you still believe the ANC, Einstein would declare you mad.

Here is a painful truth: the ANC has run out of ideas. The party does not know what to do with the South African economy.

The choices facing the voter in the upcoming elections are uninspiring, no party has solutions to our problems
Opinion
3 years ago

Ramaphosa does not know where a new factory will be built, by whom, to produce what and to employ how many people.

If you do not believe this, you must look around wherever you are, and point at one factory built by the ANC since 1994.

The ANC is a sad case. It took over a sophisticated modern state from the apartheid regime. The boers had set up an elaborate network of state-owned companies through which they created employment for their poor people.

We have now reached a point in the evolution of post-apartheid SA where politics has become unreliable as an instrument of citizen empowerment.

The mindset of a typical South African politician is not to improve people's lives. It's to earn a salary and use political office to steal money. That is why even decent-sounding parliamentarians like Vincent Smith accept bribes from Bosasa.

It would be great if our politicians were like Johannesburg mayor Herman Mashaba, who made money before going into politics. Alas, the opposite is the case. Our politicians use politics to escape poverty and to enrich themselves.

What, then, must we do? If you are unemployed, ask what you can do for yourself, not what politicians will do for you in 2019. They will do nothing for you.

Harari is correct: When politicians start talking in mystical terms, beware. They might be trying to disguise and excuse real suffering by wrapping it up in big incomprehensible words.