ANC needs to institute an inquiry into capture within its ranks 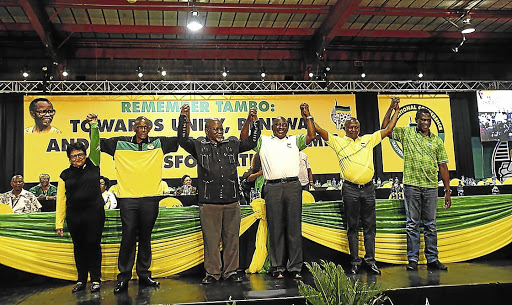 The ANC elective conference held in December at the Nasrec Expo Centre is now the subject of court processes due to unpaid debts.
Image: Masi Losi

The drama at the Zondo commission continues. A few patterns have already emerged. The most frightening of them all is a phenomenon that the commission was not established to investigate party capture.

Party capture is the scariest thing since it is actually the source of state capture. We have already learned of a party delegation led by Gwede Mantashe to negotiate with banks on behalf of the Guptas.

We have also learned of corrupt money-men sponsoring political rallies and using money from tenders to finance election campaigns in provinces like the North West.

Indeed, the North West is not the only site of party capture. Every province governed by the ANC has its own tenderpreneurs who have captured the party.

Such people are well-known in the provinces. They sponsor party activities and are known as the recipients of most tenders.

The VBS scandal has also shone the spotlight on party capture. The thugs who designed this looting scheme used the party as the gate to the sordid trove. Even though he was not a government official, the provincial treasurer of the ANC in Limpopo acted as a venal commander, strong-arming ANC-run municipalities to invest ratepayers' money in VBS for it to be looted by him and his fellow thieves.

The sincerest indicator of anti-state capture commitment by the ANC would be for the party to acknowledge that it has itself has been captured and proceed to institute a commission of inquiry into party capture.

Party members and leaders at all levels and from all provinces, regions and branches would be encouraged, in the spirit of Thuma Mina, to submit evidence of party capture where they have seen it.

For its internal credibility, such a commission would need to be chaired by a trusted veteran such as Thabo Mbeki or Kgalema Motlanthe, for an independent judge may not be regarded by party members as having the interests of the party at heart.

A party capture commission could be guided by the spirit of truth and reconciliation - meaning that those who confess and tell nothing but the whole truth would receive amnesty and be rehabilitated.

If the ANC does not investigate party capture, we will have no reason to believe the propaganda of renewal President Cyril Ramaphosa has been spreading.

The ANC's biggest problem is that, minus Ramaphosa, what remains appears like a dirty ensemble of captured politicians. Only a commission on party capture would redeem the tattered image of characters like DD Mabuza and Ace Magashule.

Until a party capture commission is instituted, we will never know if businessmen like Vivian Reddy are prepared to follow the leadership of Angelo Agrizzi by telling their version of how they captured the party in KwaZulu-Natal.

In the elite circles of Mpumalanga, people have for many years believed that billionaire Robert Gumede has captured the ANC and the state. There are even rumours that he, from time to time, pays salaries of officials when Mbombela municipality is in financial trouble. Such allegations would be tested properly in a party capture commission of inquiry. Gumede would be afforded the opportunity to present his side of the story before "commissioner Mbeki", and those who claim to have evidence against him would also come forward.

A commission of that nature would be very helpful to the ANC, for it would provide a mechanism for the party to cleanse itself in all regions, provinces and indeed at national level.

More importantly, the public would derive immense benefits from being led by a party we know has not been captured. For now, we can never be sure.