Wheels come off in deal a car was used as collateral 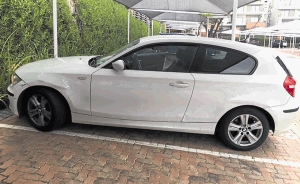 Melikhaya Nyathi's car was sold from under his nose when he pawned it for cash in contravention of the Consumer Protection Act.

Some brokers continue to flout the law by giving consumers loans against their cars despite the National Credit Act (NCA) declaring the practice unlawful.

Nyathi said he was looking for a company to give him a loan against his car when he came across Car Money Rescue (CMR) and spoke to Pieter Coertzen, the marketing director.

The minimum offer on the "pawn your vehicle while you drive" is R10000 and the maximum is R30000, said Nyathi.

He took a loan of R20000 which he paid off in January this year at an additional interest of R6000, he said.

Nyathi said the other condition of the loan was to transfer the ownership of his car to their name and have it reinstated into his name upon payment of the full loan amount.

"I was told they give loans to owners whose cars are paid up," he said.

He was also told that Car Money Rescue would let him keep the car until he settled the debt. The loan amount was to be paid in 30 days and should he fail to do so he would be given two days to pay in full or have his car sold, he said.

Nyathi said he paid up this loan without a hassle and was given a discount of R1960. In March, he went back for another loan, but failed to honour the second installment in May. The company tracked him down, impounded the car and sold it.

He was told he had a contract with Quatro Pawn and not CMR. The new company was operating at the same offices at 210 Amarand Avenue, Menlyn, in Pretoria, where CMR used to be.

"After selling it, the act says they must tell me the gross amount realised on sale then deduct the permitted default charge," Nyathi said.

He was shocked when told they had sold the car for R39000 to defray their costs. Nyathi said they sent him a demand to pay the balance on May 14 although they sold the car a day later.

John le Warne said they sold his car for R39000 because it was in a terrible state. He said they had given Nyathi ample opportunity to remedy the situation.

Le Warner said he was a registered credit provider and that he acted legally, but Consumer Line found out that he was not registered with the National Credit Regulator.

Jacqueline Peters, an investigations and enforcement manager at the NCR, said last year the National Consumer Tribunal declared the "pawn your car and still drive it" scheme by Suns Finance South Africa unlawful and prohibited.

"The NCR will continue to investigate pawn brokers who are flouting the provisions of the NCA," she said.

Nyathi has now lodged a formal complaint with the NCR.

Sun Finance was also ordered to refund all consumers who were charged interest, default administration charges and collection charges in excess of the maximum amount prescribed by the NCA.

It is also not to engage in similar prohibited conduct which it accepted when the parties settled in February.