Beware of con artists who sweet-talk you out of cash 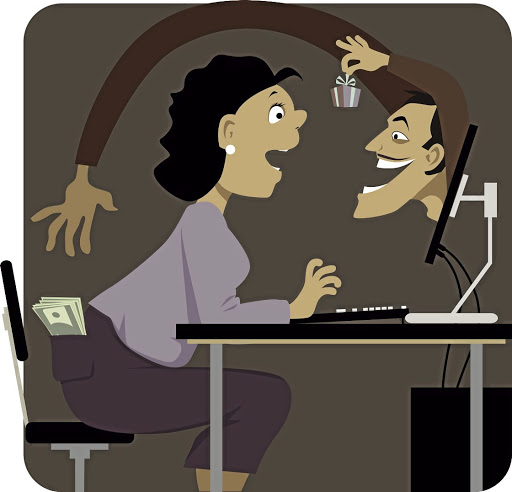 Online dating has its fair share of heartache and people often fall for scams.

Dikeledi Nkhona, 37, of Mamelodi, one of two women who has recently reported fraud to Consumer Line, says a "friend" she met through government tenders has tricked her out of R900 000 cash.

She claimed she had helped Adolf Papi Boza, of the Democratic Republic of Congo, to secure a number of tenders over a period of more than a year.

Nkhona is a business woman who gets government tenders for her construction company.

She said Boza told her in August that he was expecting a huge sum of money from his home, but he needed R250000 to clear his tax issues upfront.

He promised to thank her handsomely, as soon as his money reached South Africa, Nkhona said.

But there were delays and further requests for financial help. Unfortunately, she kept on giving him money.

Men in flashy cars are looking for flings

Men in flashy cars are just looking for a fling — and they’re likely to get one‚ academic research has found.
Good Life
4 years ago

It was only after she had parted with R900000 that Nkhona realised there was no money coming back to her.

"Then Adolf moved from the house he occupied and ignored my calls," she said.

Nkhona hired Rodney and Janine van Rensburg, who told her they were private investigators and could help her trace Boza and recover her money.

Consumer Line has seen an e-mail in which Janine promises she was 100% sure her team would be able to recover R600000, which Janine had established was still in Boza's bank account.

Nkhona was billed R80000, which she paid after Janine "confirmed" they had managed to freeze Boza's bank account and that the bank had agreed to release the money to her.

But the so-called investigators also moved house without giving her a forwarding address and Nkhona lost that money too, she said.

Nkhona said her house and car were respossed after her odeal. She also spent a month in hospital for depression.

Boza refused to comment when contacted by Consumer Line and ignored text messages sent to him for comment.

Music star's friend misled and robbed by the hackers.
Entertainment
4 years ago

Dlamini said she lost her partner seven years ago and a colleague enticed her to try online dating.

A few days after signing up, a would-be suitor named John Kruger told her he was a single father of two and wanted to start a meaningful and honest relationship.

Kruger later asked her to move their conversation to WhatsApp and private telephone calls. They shared a lot of information and eventually she thought they had common interests, Dlamini said.

She said Kruger told her he was a businessman and was in the UK buying building tools. He wanted her to accept tools from a UK courier as his assistant was out of town, he said.

"Then I was asked to pay R5000 to clear customs taxes which I found acceptable," she said. That same night, Kruger told her he had not disclosed there were diamonds hidden in the tools.

"A Joy Sisulu of AU Global Service offered to assist in issuing a clearance certificate on behalf of Kruger," said Dlamini.

She said Kruger later cajoled her into parting with R55000 for certification.

She then waited to take delivery of the tools after paying the amount, but when the courier arrived, he demanded fees of R17000, which she paid after Kruger sweet-talked her into it, she said.

"He really manipulated me without me being aware that he was preying on my vulnerability and need to have a companion while stripping me of what I have," Dlamini said. She warned women to stay away from online dating.

"It is rough out there, and I was shocked to discover that I'm not the only victim when I reported the scam at the Kempton Park police station," Dlamini said.