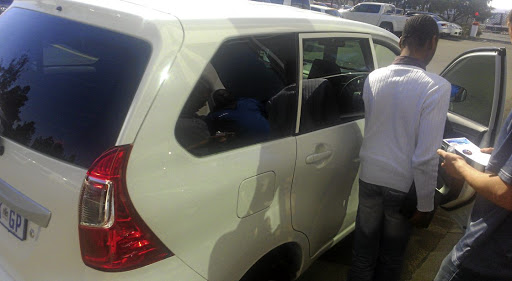 Suzan Mabitsela was eventually called by the bank to collect her car. /Supplied

It has been 13 years since the National Credit Act was promulgated, but there are still institutions that sell goods they have attached after making payment arrangements with a consumer.

This is the case of Suzan Mabitsela, who fell into two months' arrears on her vehicle that she had been using to convey children to and from school.

Mabitsela, of Ennerdale in Johannesburg, said Wesbank repossessed her car.

She said she made an arrangement to pay the arrears in March as she was using the car for business purposes and was not earning anything while it was in Wesbank's possession.

By the end of March, her arrears were standing at R32000, which Mabitsela said she paid between April 6 and 20.

Mabitsela paid the amount in three instalments of R10000, R8000 and R12500 and kept communicating with the bank each time the payment was made, she said.

"During this time I was assured the car was still in their possession until I made the payment on the 20th when I was told it was auctioned and I would be required to pay the balance. They did not disclose this to me," Mabitsela said.

The bank was expected to sell the car at the highest price so that she does not remain indebted to it.

This step was omitted and Mabitsela believes she was done an injustice when she complied with the arrangement she made.

Mabitsela later discovered that the car was auctioned without the bank's permission. "The complaints departments tells me the car is in their possession, while the accounts department has received payment from a buyer," she said.

Mabitsela said the bank gave her conflicting stories, and she was then told the buyer had reported the vehicle stolen.

She called the police as there was a case of a stolen Toyota Avanza in a registration number that matched hers, she said.

"When I tracked it through my cellphone I located it to Edenvale Panelbeaters," she said.

"What is strange is that the file [at the bank] is handled by a lot of people who all acknowledged the fact that proper procedure was not followed from their side and they don't want to put it in writing.

"I don't know whether I should continue paying the insurance on the vehicle and tracking unit," she said.

Wesbank refused to respond to these allegations directly.

Communicating via Bonnie Robertson of Meropa Communications, Wesbank said its customer resolutions department was still investigating Mabitsela's query. "The bank assures Mabitsela that they will provide her with feedback directly once the investigation has been completed."

By the close of business on Thursday, Wesbank had bought back her car and Mabitsela was called to collect it.