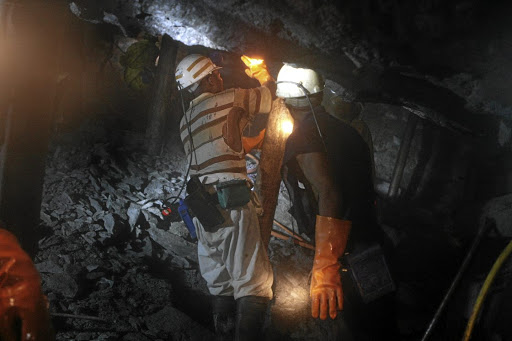 The Mineworkes Provident Fund has been accused of inefficiency after a widow had to wait for almost a decade for confirmation of her husband's pension payout. . / MARIANNE SCHWANKHART

The widow of Makalo Mokhesuoa will at last receive her inheritance after waiting for almost a decade.

Mathapelo Mokhesuoa, 48, of Teyateyaneng in Lesotho, said when her husband died in 2009, she completed the necessary forms so she could access his pension payout.

A year later, a trust fund for her minor children was created and certain amounts allocated to her three other children above the age of 18.

Her share of the distribution, however, never reached her although the Mineworkers Provident Fund claimed it was paid.

She received a stipend for her minor children, but did not receive her portion.

The fund insisted it paid R92386 into Mathapelo's "account", but she said she knew nothing about it.

New owner worried he has to pay backlog.
Opinion
3 years ago

"What I find strange is that I receive a stipend for the young ones in the same account I provided them, but they seem to have an incorrect account number for my benefit," said Mathapelo.

She said the fund had not been able to prove to her that it deposited the money into her account in all these years, until recently when she was given an account number she does not even know.

Mathapelo, who has an account at Teba Bank, said she inquired at the bank but was told that the account number does not exist in its system.

The mother of six said her family depends on a stipend of R1113 she receives from Fairheads Trust Fund for her
minor children.

To augment this income, she does washing, ironing and other domestic chores for her neighbours, she said.

Mathapelo said there was a lot of maladministration at the offices of the Mineworkers Provident Fund because it was yet to show her proof that her money was indeed deposited into her account.

Jan Kgosana of the Mineworkers Provident Fund said its investigations revealed an amount of R119983 was deposited into Mathapelo's account in December 2009, but she never received it.