Laid-off guard gets half his payout 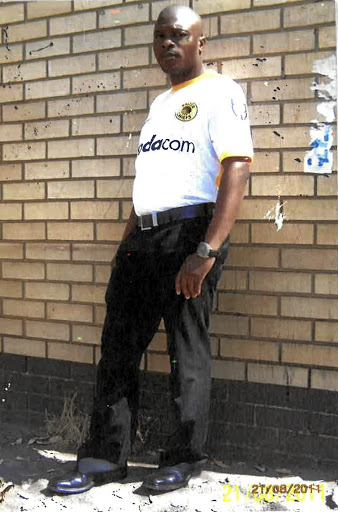 Boikie Eddy Mangena is not happy about the amount paid out to him.

Some employers continue to keep employees retirement deductions for themselves instead of paying the money to the relevant funds.

Boikie Mangena of Tzaneen fell victim to such practices and was shocked yesterday when he was paid only his own contribution excluding the employer's portion.

Mangena, 40, said he was employed by Khuselani Security and was stationed at a Home Affairs office in Brakpan from 2014 until 2017, when he was laid off.

Mangena said he had hoped that he would be able to pay off the school fees of his two children when he received his pension payout, but was disappointed when an SMS notification showed that Smart Administration Leveraging Technology deposited only R9977.

The former security guard said there was a need to protect employees from unscrupulous employers who fail to pay contributions into the employees pension fund.

"I'm not the only person who has been short-changed; most of my colleagues complained that they were paid less than what they contributed," Mangena said.

He said he decided to approach Consumer Line because the pension fund SALT - failed to pay him despite him submitting his bank details more than eight times.

New owner worried he has to pay backlog.
Opinion
4 years ago

The last time he submitted the documents, he was told to wait 15 days to get his payout. Mangena has waited eight months instead.

Mangena was finally paid on Monday after Consumer Line's intervention.

He said he had contributed between R255 and R350 per month, depending on the hours he worked per shift, and he expected a payout of about R22800 before tax.

"I spent a black Christmas because I last worked in July last year," he said.

Mangena was, however, happy that he would have some money to spend during the Easter holidays.

Dhiresh Domun, a funds service manager at SALT, said they could not pay Mangena on time because his claim was not yet finalised due to his bank statement being outstanding.

"The member has since provided his bank statement and now we can proceed with the claim," said Domun.

Domun also said Mangena's exit date on the claim form did not correspond with his last contribution date.

"One of our administrators contacted the employer, Khuselani Security and Risk Management to confirm the member's exit date," he said.

He said the South African Revenue Services (Sars) did not tax Mangena, so they paid him a total of R9977 which is a combination of the employer and employee contribution.