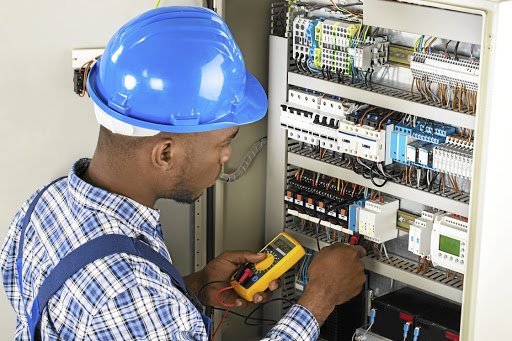 An electrician examines a fusebox. Sub-contractors are prone to exploitation in the building industry, says Jantji Mahlangu.

A sub-contractor who completed a job he was commissioned to do four years ago has still not been paid.

Jantji Mahlangu, 37, an electrician based in Dalpark, Brakpan, said he wanted to warn other sub-contractors about exploitation.

Mahlangu met Byron Naude of Bhejane Projects in October 2014 after his service was recommended to Naude.

Mahlangu's company, Phazima Electrical, was appointed to do electrical work worth R1-million at Ekklesia Retirement Village in Randburg, said the father of one.

He was required to strip out the existing electrical installation in living units and re-wire them, among other things.

"I also installed new emergency passage light fittings to stand-by power plants and, most of all, did a verification and certification of electrical installations."

Vehicle auctioned after arrears payments made
Opinion
4 years ago

Mahlangu said this was not the only job he did for Bhejane Projects. Naude said he would pay Mahlangu's money in full, not in dribs and drabs as he had been doing since he completed this work in 2016.

Mahlangu said he has received all forms of excuses via e-mail and telephone, and last month he was told Bhejane Projects is restructuring and hoped to settle the bill in the next three months.

"I am tired of these excuses. He can't go on killing sub-contractors' businesses while his thrives. I know he is currently using another sub-contractor to do work for them after he dumped me," Mahlangu said.

He said sub-contractors are exploited in the building industry because they have to wait until the contractor is paid by the client.

Naude has promised to resolve Mahlangu's matter by the end of this week.

Mahlangu also did electrical work for Franky Cruchinho in Dunblane Estates, Kempton Park, in 2013 and was not paid. He said Cruchinho sold the house before it was completed, but had promised to pay him for the work done.

"I have phoned him many times and sending e-mails has also not helped."

Mahlangu said Cruchinho owes him R97000 for work done in 2012, and has e-mails as proof. Cruchinho has told him to re-send his bill and offered to look into the alleged outstanding payment.