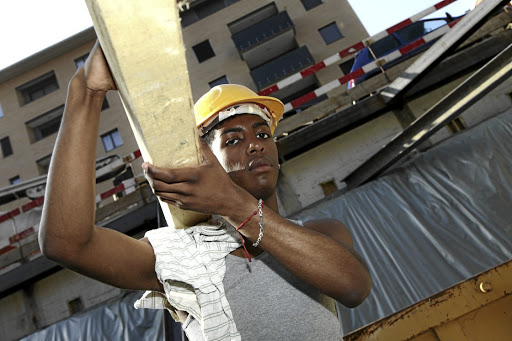 In a bid to empower small and medium enterprise contractors, the Master Builders Association (MBA) and the Construction Industry Development Board (CIDB) will hold an indaba for emerging contractors in Polokwane on Thursday next week.

The indaba aims to assist people like Janji Mahlangu, a subcontractor who claimed that small business contractors were exploited by bigger companies because they cannot secure bigger projects on their own.

He completed three jobs he was commissioned to do four years ago, but was not paid in full.

Boitumelo Thipe of MBA North said smaller contractors were frustrated because they don't know how to engage with, and satisfy, the principal contractors who typically undertake the biggest projects in the public and private sectors.

"They are frustrated because they don't seem to be making the headway they would like, despite the construction industry's clear desire to make itself more inclusive," Thipe said.

For example, the public sector is committed to massive infrastructure spend, but smaller contractors often lack the knowledge necessary to get a tender.

She said there were many common mistakes made when tendering, and if they knew what these mistakes were, it would be relatively easy to rectify.

"On one level, emerging contractors are often just out of the loop as they don't know what contracts are coming up, both within the public and private sectors," Thipe said.

She said knowing what main contractors were looking for and how to price a bid was important.

She said it was for these reasons that the MBA and CIDB will host the indaba at Peter Mokaba Stadium on May 17.

Vehicle auctioned after arrears payments made
Opinion
4 years ago

"Limpopo is Open for Business" has been designed to address these and other issues that affect CIDB contractors from level one to six. The indaba aims to prepare a new generation of contractors on how to seize opportunities, Thipe said.

Graham Alexander of Build Aid will be presenting on how to calculate costs. He said small contractors don't know how to calculate building costs, so their pricing is not right and they often end up not making money.

"I am looking forward to sharing my decades of experience with contractors to help them get to grips with this most important topic, and set them on the road to profitability."

Alexander said the indaba will conclude with a forecast of the growth opportunities in the construction industry for the year ahead.