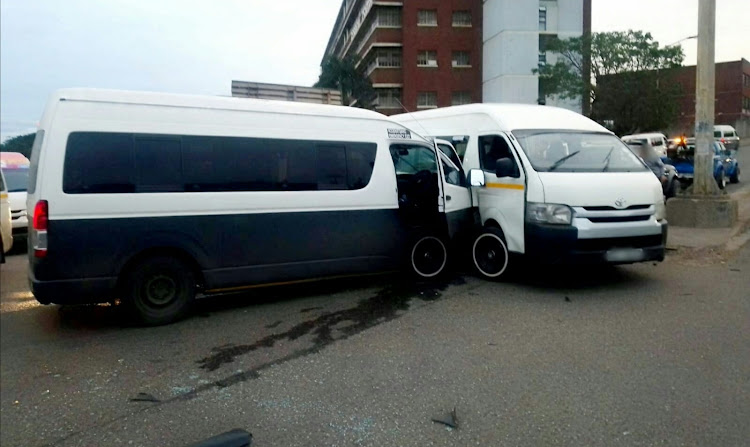 Eleven people were injured when two taxis collided near Durban on Monday morning.

ALS Paramedics spokesperson Garrith Jamieson said the accident took place at around 6am in Rossburgh, just outside the city.

“Two taxis had collided in a T-bone format,” he said.

Jamieson said several people were found lying in the road.

“A triage was immediately set up and more ambulances and paramedics were dispatched to assist.

“Eleven patients suffered injuries and were stabilised at the scene before being transported to hospital.”

Jamieson said the cause of the accident will be investigated.

Twelve children were injured when the taxi they were travelling in went out of control and crashed into another vehicle in Isipingo, south of ...
News
5 months ago

A woman was killed and 14 people injured when a minibus taxi crashed through a wall in Durban on Thursday night.
News
10 months ago
Next Article