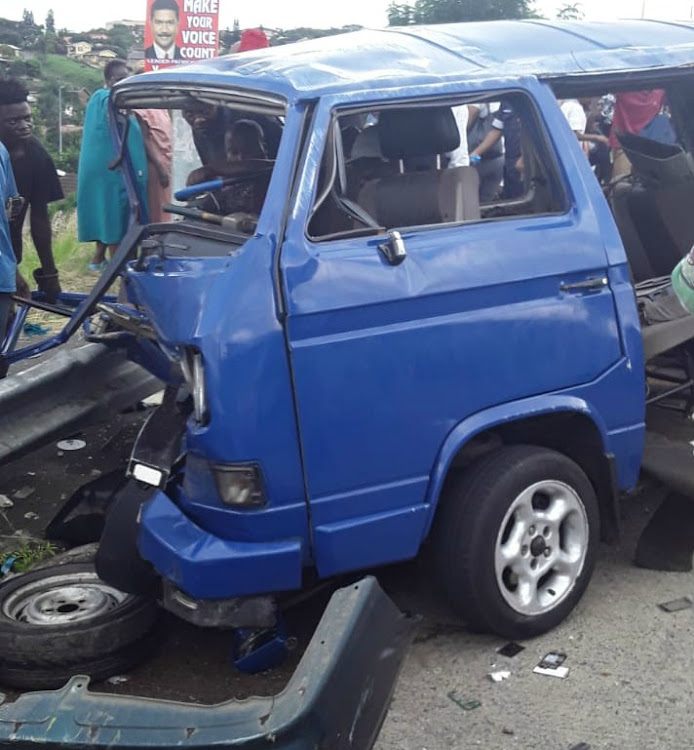 A day after 18 schoolchildren were injured in a taxi crash in Durban, another minibus taxi was involved in an accident in which mainly children were hurt.

Robert McKenzie, KZN Emergency Medical Services spokesperson, said a taxi transporting children home from school on Tuesday had crashed into a car on the Inanda Highway, outside Durban.

"The crash involved a minibus and a light motor vehicle. A total of 24 people have been injured including many schoolchildren."

McKenzie said the cause of the accident was being investigated by police.

On Monday a taxi laden with primary school children was involved in a three-vehicle crash in the Pinetown area, west of Durban.

Garrith Jamieson, Rescue Care spokesperson, said a taxi carrying 18 children had ploughed into two vehicles. There were no fatalities.