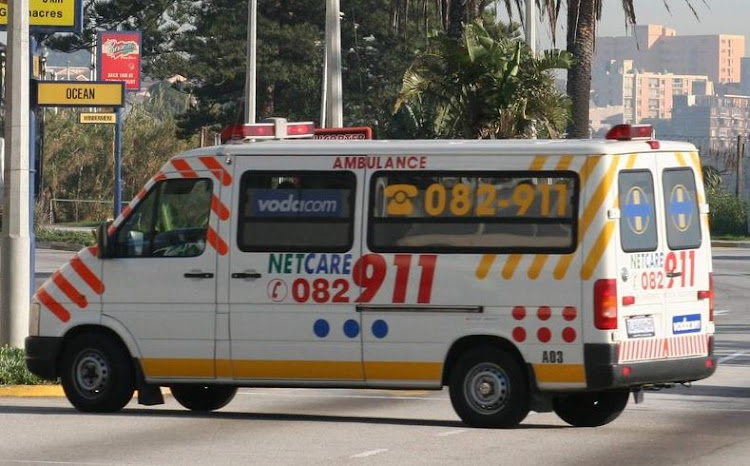 Two people died in a collision between a taxi and a bakkie on Sunday morning.
Image: Supplied

Two people died after being thrown from vehicles involved in a horror crash north of Durban on Sunday morning.

Netcare 911 spokesman Shawn Herbst said that the incident took place shortly before 8am on the M27 between uMdloti and Waterloo.

"Reports from the scene indicate that a minibus taxi and a light delivery vehicle were involved in a head-on collision. Medics assessed the scene and found that two people in total were ejected from the car and taxi.

"Sadly the two occupants that were ejected were found to have sustained fatal injuries and were declared deceased on the scene," he said.

Several other people sustained various other injuries. They were stabilised and taken to hospital for further treatment.