Bail for taxi driver who ploughed into teens, killing three 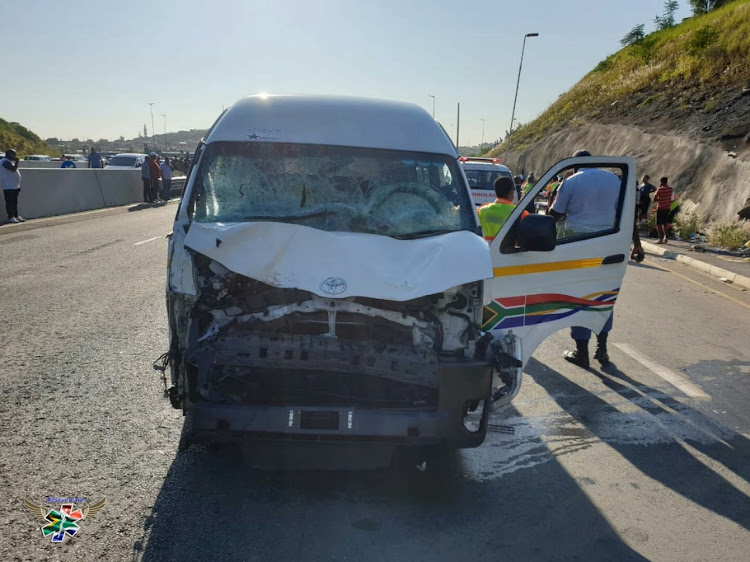 The taxi driver, who is facing three counts of culpable homicide, was granted bail in the Ntuzuma Magistrate's court on Wednesday.
Image: Rescue Care

Siboniso Zwane, the driver of the taxi that killed three Newlands East school girls, has been granted R3,000 bail.

Zwane appeared in the Ntuzuma Magistrate's court on Wednesday after he handed himself over to police last week. He allegedly fled the horrific crash scene where the bodies of the three girls lay on a main road in Newlands East.

Magistrate Ravi Pillay told Zwane that he was not to interfere with any of the witnesses nor enter the Ntuzuma magisterial region. He is also to report Tongaat police every Wednesday.

Zwane faces three counts of culpable homicide relating to the deaths of Ayanda Mtshali, Thima Ngiba, both 14, and 13-year-old Luyanda Ngubane. A fourth girl is recovering in hospital.

A schoolgirl who was hit by a taxi that killed three of her friends in Durban on Wednesday is in a stable condition in hospital.
News
3 years ago

It is alleged that Zwane was the driver of the taxi that ploughed into the girls while they were standing on a pavement at the intersection of Dumisani Makhaye Drive and Inanda Road on March 6.

During his first appearance his lawyer told the court that Zwane did not want to be photographed because he feared for his safety. After the tragic incident angry community members blockaded Dumisani Makhaye Road, where the accident had occurred, demanding the identity of the driver from passing taxis. They later burnt tyres on the road.

Zwane's bail application was unopposed by the state and he is expected back in court in May.

A memorial service for the three girls is expected to be held at Newlands East Secondary on Wednesday.