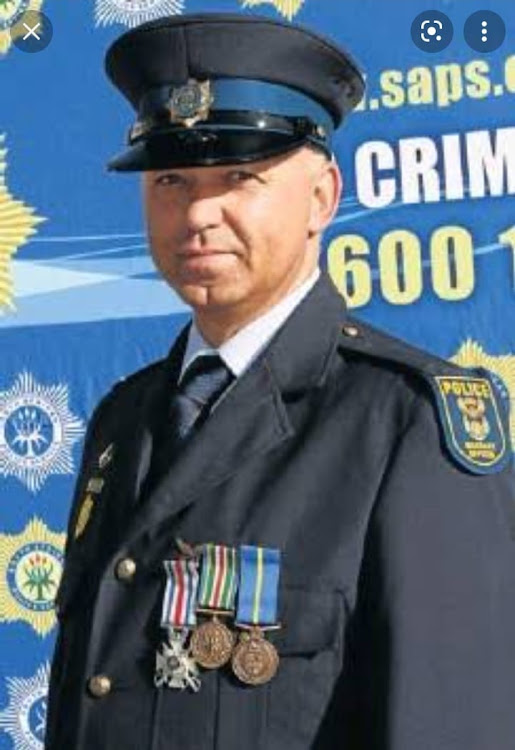 Heartfelt tributes have poured in for Capt Pierre Marx of the East London’s K9 Search and Rescue division, who died in the line of duty during the heavy floods on Saturday.

It was reported on Sunday that Marx’s safety line snapped at the Horse Shoe Valley Causeway in the Nahon River.

Marx was previously honoured for his bravery by then-president Jacob Zuma after he saved a young boy from drowning in a stormwater drain.

East London was met with heavy rainfall on Saturday. Several areas including Mdantsane and Duncan Village were affected by the rain.

The death toll from the floods currently stands at seven.

Police spokesperson Brig Tembinkosi Kinana confirmed the incident to the Dispatch on Sunday morning and said police were working at establishing exactly what had happened to Marx.

Police arrested two men on Saturday evening after the fatal shooting and robbery of a Ladysmith K9 officer a few hours earlier.
News
5 months ago

Paul Fick of the EMS wrote: “Captain Marx will be greatly missed and he has left a huge legacy behind.

“He was one of the most humble people I have ever had the opportunity to work with. We salute you, captain. Rest well, my friend.”

Many sent their condolences to Marx’s family, and to his wife Michalene.

On Saturday, the Buffalo City Metro dispatched its disaster management teams including fire and traffic services and law enforcement to carry out rescue operations, with people having to be evacuated after the heavy flooding.

Hundreds were left displaced in the city’s informal settlements.