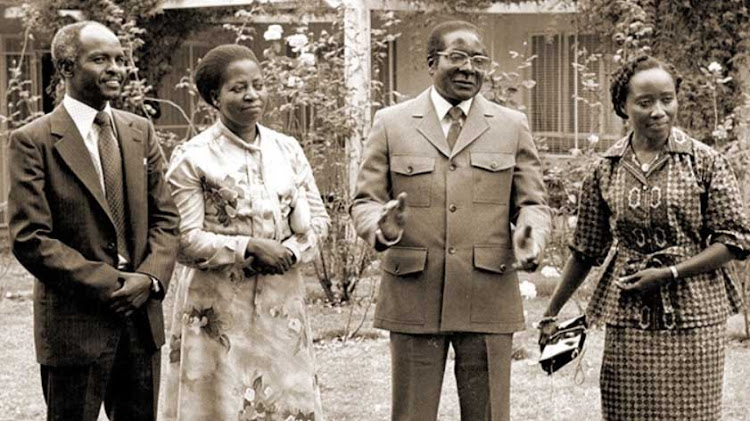 Janet Banana, the widow of Zimbabwe’s first president Canaan Banana, died on Thursday afternoon at the age of 83.

She succumbed to a kidney ailment a week after being admitted to Mater Dei Hospital in Bulawayo.

Her passing was confirmed by her niece Priscilla Misihairabwi-Mushonga, an MDC-T legislator.

“She had been battling a kidney ailment for quite some time. She went into hospital on July 19 and unfortunately we have lost her,” Misihairabwi-Mushonga told local website ZimLive.

She was born Janet Mbuyazwe and went on to train as a teacher. While teaching at a Methodist church mission school, she met another teacher and theologian Canaan Banana (who died in 2003) whom she married in 1961. They had four children.

Their firstborn Michael, a former air force pilot, collapsed and died in Liverpool, in the UK, last year.

Much of Janet’s life was spent supporting her husband, who in 1980 at Zimbabwe’s independence became the country’s president. He was president until 1987, when a constitutional amendment abolished the post. This led to Robert Mugabe, who had been prime minister, becoming executive president and Zimbabwe became a one-party state for three years.

In 1997, Canaan Banana was arrested on charges of sodomy, after accusations made during the murder trial of his former bodyguard, Jefta Dube. Dube, a policeman, had shot dead Patrick Mashiri, an officer who had taunted him about being “Banana's homosexual wife”.

Banana denied any wrongdoing and briefly fled to SA in 1998, claiming that a homophobic Mugabe was planning his death. He returned home after a meeting with Nelson Mandela, who convinced him to face the justice system.

Janet then broke ranks with her husband and in a series of interviews, confirmed his  homosexuality. She also alleged that despite being true, the charges against him were politically motivated.

Janet, fearing persecution for her husband’s crimes, fled to the UK in 2000 and six years later was awarded citizenship. She returned to Zimbabwe in January 2019 and has been in and out of medical facilities in SA and Zimbabwe.

A chief in Zimbabwe has ordered the exhumation and reburial of Robert Mugabe's remains at the national heroes' shrine in Harare after accusing the ...
News
1 year ago