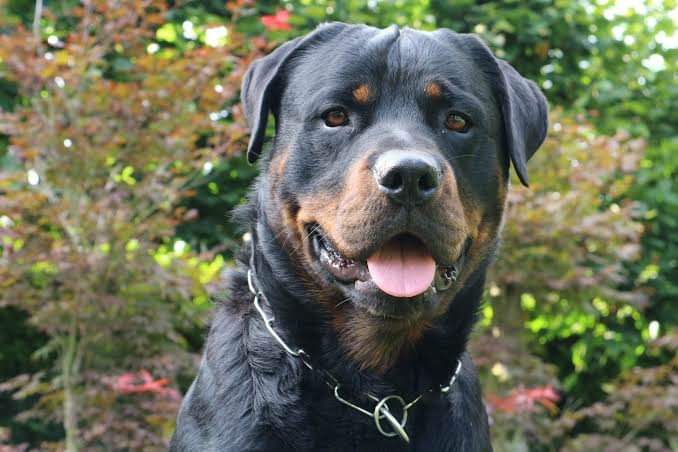 Loyal servant Duke is recovering well after a shoot-out in Pietermaritzburg on Monday.
Image: Supplied

As tributes poured in for the two police dogs killed in a shoot-out with suspected cop murderers on Monday, a third canine officer was recovering at an animal hospital outside Pietermaritzburg.

Duke, who had been airlifted to the Hilton Vet Hospital, was doing well after a shoot-out with four suspects, sought for or an armed robbery and murder of a policeman.

The hospital posted on its Facebook page that Duke “even let the humans treat his wounds”.

For all those concerned, I am doing well and I even let the humans treat my wounds.

Meanwhile, news of the deaths of Simba and Shaka left police officers and private security companies, who had worked alongside the two dogs in operations, devastated.

Mi7 National Group said many of its seasoned reaction officers had worked alongside Officer Simba.

“He was meticulously trained and boasted a long track record of taking down some of the city's hardest criminals. But most of all, he was a really good boy.”

Hawks spokesperson Col Katlego Mogale said the dogs were shot in a shoot-out with four suspects, sought for an armed robbery and murder of a policeman.​

“It is reported that on May 24, Lt-Col [Jabulani] Ndawonde, the acting station commander of Ndawondwe SAPS was off duty and en route to his residence in a marked state vehicle. While in the vicinity of Bhamshela taxi rank, the lieutenant-colonel was ambushed by unknown assailants and subsequently shot dead. His vehicle crashed into a nearby fence along the R614 road.

“Lt-Col Ndawonde sustained multiple gunshot wounds and his 9mm service pistol and an R5 automatic rifle were taken by the suspects.

“A case docket of murder and armed robbery was registered and allocated for investigation.

“Intelligence information was received on the whereabouts of the suspects involved in Lt-Col Ndawonde’s murder, which culminated in an operation which was executed yesterday [Monday].

“The suspects were observed while travelling in the identified maroon Jeep coming from Maqongqo towards Pietermaritzburg. The members stopped the vehicle and the suspects opened fire which resulted in a shoot-out,” Mogale said.

Two suspects jumped out of the vehicle and disappeared into the nearby bushes while the other two tried to drive back to Maqongqo. However, the vehicle went down a ditch.

“Closer inspection revealed that the suspect driver had been fatally wounded. In the continuing shoot-out, one suspect proved to have been injured as he left a trail of blood as they disappeared into the sugarcane fields. Due to the complex terrain, assistance of the Pietermaritzburg K9 was enlisted.

Yesterday's shooting incident. Duke and his handler were airlifted and rushed to awaiting veterinarians for emergency...

Simba joined the team in locating the third suspect.

“Simba engaged the suspect but unfortunately was fatally wounded and so was the suspect. The suspect was found to have been in possession of an unlicensed firearm. With the assistance of the air wing and another K9 member with his dog, Duke tracked the fourth suspect. The suspect shot Duke and managed to flee deeper into the dense bushes. K9 dog Duke was airlifted to hospital for urgent medical assistance and is recovering.”

“In the aftermath of the incident, it was discovered that two of the deceased suspects were on the run after absconding from the Durban high court holding cells on March 26, when they were found guilty of five murders and an attempted murder in Marianhill. The two were allegedly involved in the massacre of six people, five of whom were certified dead on the scene and the sixth was critically injured in October 2017.

“The two were arrested by the provincial organised crime [unit], which successfully opposed their bail. When they were arrested, they were found in possession of three unlicensed firearms and ammunition.

“Their trial began on February 22 until March 26. During the recess after they were found guilty, the two escaped before they could be sentenced which was to happen after recess.”

"The one we all saw was guilty is now 'officially' found guilty! More to justice!"
S Mag
5 months ago

According to Hawks spokesperson Zinzi Hani, Mangqabini was shot multiple times “during a dispute” and was declared dead on arrival at the hospital.
News
6 months ago
Next Article