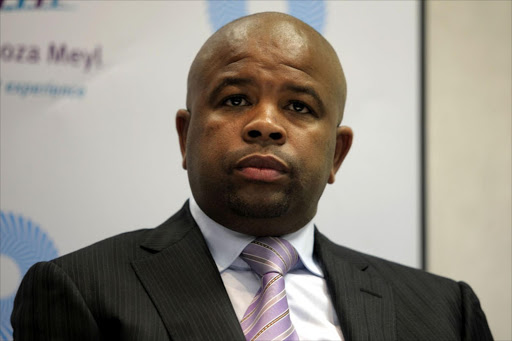 Former Prasa chief executive Lucky Montana has accused the ANC and President Cyril Ramaphosa of having failed to honestly tell the Zondo commission about the extent of the party’s active role in aiding corruption in state-owned entities (SOEs).

Montana was before the commission on Monday where some of his evidence focused on the ANC’s alleged pressuring of chief executives of SOEs to help finance the party and its leaders.

Ramaphosa was last week on the stand before the inquiry testifying on what the ANC had known and done about corruption and state capture over the years.

Montana, however, accused Ramaphosa of having failed to open up about how SOEs were used to bankroll the ANC, its conferences and leaders and how the party “created conditions for corruption”.

“The ANC would give me a list of suppliers that the ANC owed and say ‘we think you must assist us in this way’,” Montana said.

He said the party had used public funds to fund its political activities and that Ramaphosa had not been truthful by telling the commission that the party was against this.

Montana has been implicated in accusations of misgovernance at Prasa and of driving the passenger rail agency to a near collapse but he denied the accusations and instead accused the ANC and its leaders of having pressured heads of SOEs to provide financial support.

“It is the way of life in the ANC that when you are in that position, you also have to find a way, whether directly or indirectly, to assist the ANC. It is a culture that is there,” he said.

Montana said he had listened to Ramaphosa with disappointment as he had expected him “to reflect honestly”.

"In 2007, my first year as CEO of Prasa, I had to write a letter explaining myself to the then minister of transport because there was an accusation ...
News
6 months ago

“What the ANC told the commission can never be true. Those of us who were in the public service, before we were even CEOs, know the ANC had a particular way of doing things. This thing did not start in 2007 when [former president] Jacob Zuma is a president,” he said.

Montana said he and other SOE chief executives would visit Luthuli House monthly where the party would make requests.

“For the ANC leadership to come here and pretend that ‘no we have supported this commission’ and everything but not assist it to solve the fundamental problem, it is not correct,” he said.

He said some of the party’s events and debts were “sorted out by me”.

Montana accused the ANC of blaming other people instead of being frank about its direct implication as the organisation.

“This thing of trying to talk about state capture and that this thing belongs to Zuma is false,” he said.

Montana called on Zondo to summon all CEOs of SOEs and ask them about the ANC and its leaders’ approaches for financial assistance.

“I felt ashamed as the member of the ANC that we were not telling the majority of our people the true story,” he said.