Jacob Zuma is being targeted by judge Zondo, claim his supporters 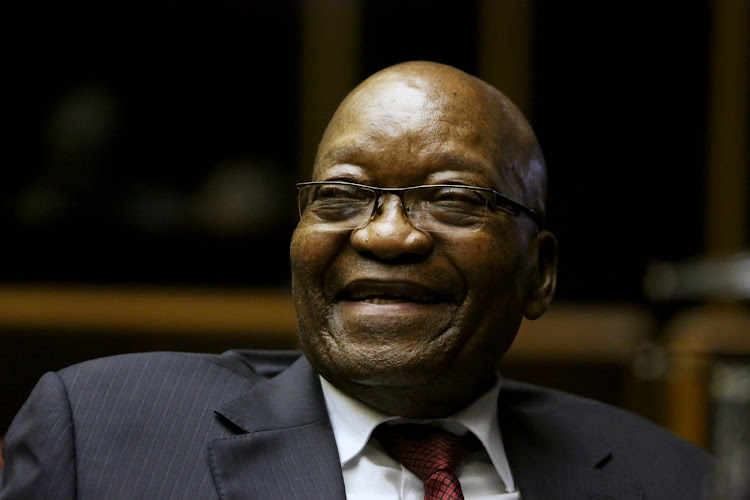 Supporters of Jacob Zuma said 'the prime target the state capture inquiry and its chairperson have in their crosshairs, and are literally hunting down, is Zuma'. File photo.
Image: Thuli Dlamini/Pool

This after Zondo on Monday said he will no longer negotiate appearance dates with Zuma, who has been avoiding appearing before the inquiry.

Zuma was billed to appear this week to answer to several allegations against him.

He did not show up after his lawyers sent a letter to the inquiry saying their client was preoccupied with preparing for his criminal trial, and was scared of contracting Covid-19 should he travel to Gauteng.

The inquiry’s legal team has filed an application to argue why Zuma should be compelled through summons to appear, an exercise which Zondo agreed will be heard on October 9.

Zondo went further by fixing a week in November when Zuma should occupy the hot seat.

A group calling itself Gauteng RET President Zuma Support Group, led among others by Umkhonto we Sizwe Military Veterans Association spokesperson Carl Niehaus, have accused the inquiry of being biased against Zuma.

State capture: An alleged sexual escapade, a 'tsosti' and board suspensions at Eskom

The state capture inquiry on Friday heard more evidence about the controversial suspension of Eskom executives in 2015 that led to the power utility ...
News
1 year ago

In a statement issued by Niehaus on Tuesday, the group said Zondo is applying different rules to different witnesses.

In their view, Zuma was not the first witness to be unable to appear before the inquiry but is the first to be compelled and publicly lambasted by Zondo.

“There are several other witnesses who, for various reasons, have delayed appearing before the inquiry, but the inquiry’s engagements with them have been, and continue to be, through direct and confidential personal contact,” said Niehaus.

“Among those the most notable example is minister Pravin Gordhan, who was to appear before the inquiry for cross-examination, but who has not done so to the point where it is appearing he is defiant and arrogant in being unavailable.

“The minister seems to regard himself to be in a special category of super-citizen who is not answerable to anyone, unlike the rest of us as South African citizens.”

But he did not show up, sending his chief of staff to tell the inquiry he was attending a cabinet meeting.

At the time, Zondo expressed unhappiness that Gordhan’s reason for non-appearance was not convincing.

Gordhan had asked for a postponement until August 31, but Zondo said Gordhan will appear on a date determined by the inquiry chairperson.

Niehaus further accused the inquiry of refusing to hear the side of the story of those viewed as proponents of the ANC’s radical economic transformation faction led by Zuma.

“Evidently the inquiry has specific persons who it is targeting, and the appearance of witnesses before the inquiry are not equal-opportunity moments,” said Niehaus.

“It is evident the prime target the inquiry and its chairperson have in their crosshairs, and are literally hunting down, is [former] president Zuma.”

'I will not negotiate dates with Jacob Zuma': judge Raymond Zondo

Deputy chief justice Raymond Zondo has set October 9 for the hearing of the state capture inquiry's application for the issuing of summons against ...
News
1 year ago

Zuma is not above the law