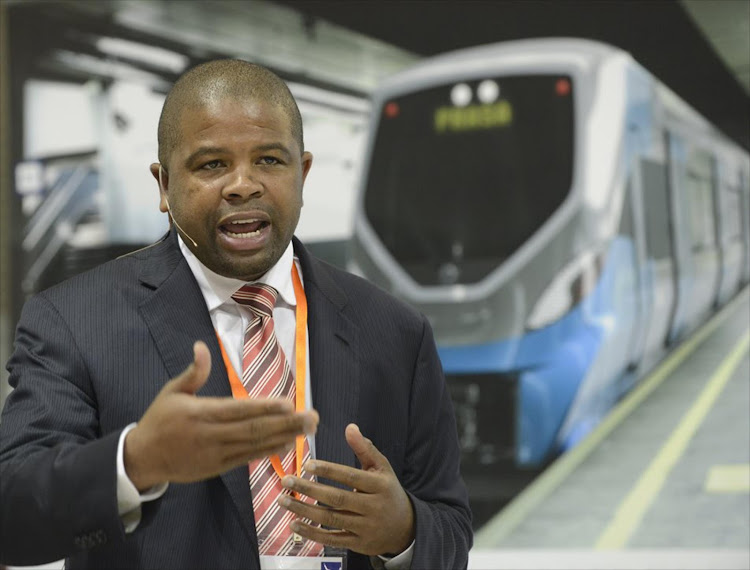 Former Prasa boss Lucky Montana would like everyone to believe he cannot be blamed for the collapse of the commuter rail state-owned company.

Testifying on Friday at the Zondo commission of inquiry into state capture, Montana laid all the blame at the door of former Prasa board chair Popo Molefe, who he described as “the most corrupt”.

Molefe previously told the commission Montana was responsible for bringing Prasa to its knees, and Montana faced tough questions on Friday about the former chair's evidence.

But Montana said it was his attempt to stop Molefe’s corruption that was the turning point in what had been a cordial professional relationship between the two.

“I opened a case in Hillbrow police station where I showed that Popo Molefe and [former Prasa legal head] Martha Ngoye paid SA Fence and Gate irregularly and some of that money ended in the foundation trust of Popo Molefe,” said Montana.

“The turning point was when I instructed Prasa to terminate the contract with SA Fence and Gate and recover all the money.

“I have asked this commission to subpoena the bank statement of Mr Molefe and his foundation and ... you will see that the people that come here and accuse us of corruption, are in fact the most corrupt.”

'I stopped the Guptas and Duduzane Zuma': Lucky Montana

'The Guptas tried to manipulate our rolling stock programme and I stopped them. I fought with them,' former Prasa boss Lucky Montana told the state ...
News
1 year ago

Montana suggested to commission chair Raymond Zondo, the deputy chief justice, that he should summon Molefe back to the witness stand and ask him to “explain how it is possible that companies contracted to Prasa pay his foundation trust”.

He added: “It was a very systematic and corrupt scheme that Mr Molefe ran at Prasa.”

Speaking about the growth in irregular expenditure at Prasa when he was the CEO, Montana again blamed Molefe.

Irregular expenditure ballooned from R100m in 2013 to R14bn in 2015, according to findings by the auditor-general, and Montana said this was because the Molefe-led board  withheld supporting documents requested by the AG.

“The R14bn, it is false, you can see that this is a political game that is being played,” he told Zondo.

Molefe also accused Montana at the commission of having been responsible for the hold businessman Roy Moodley had on Prasa, through his company Royal Security.

Montana turned this evidence on its head, saying it was Molefe who was in fact “best buddies” with Moodley.

“Mr Molefe and Mr Moodley were in the same WhatsApp group, they even agreed to go play golf together,” said Montana.

“They were close. At some stage Mr Molefe even told me that him and Mr Moodley were going to travel to the US to a golf event.”

Former minister Dipuo Peters failed to appoint a permanent CEO for Prasa despite a recommendation by the board to do so - but said she had no regrets.
News
1 year ago

Montana said it was Molefe who leaked an interim report from the public protector which contained damning findings about the CEO.

“It was only me and Mr Molefe who had it and I gave it to him. And then it ends up with a journalist. You could see the campaign to start to put me in the bad light,” he said.

Montana was also quizzed about an August 2015 meeting in Pretoria convened by then-president Jacob Zuma. At the time, Montana had left Prasa but was involved in a war of words with Molefe in the public domain.

Molefe told the commission last year that Zuma called the meeting and attempted to lobby for Montana to be reinstated as Prasa boss.

But Montana told Zondo: “The president never said that at all. Mr Molefe is the one who said Mr Montana is very knowledgeable, that is why I wanted him to stay for three years.”

Montana  is due to complete his testimony on Tuesday.

Civil rights group AfriForum has filed an application to the state capture commission to cross-examine President Cyril Ramaphosa on the ANC's cadre ...
News
1 year ago

Transport minister Fikile Mbalula on Friday refuted claims that the new CEO of Prasa, Zolani Matthews, was "too old" for the position.
News
1 year ago

Popo Molefe's version of events at a Prasa meeting was contradicted by former minister Dipuo Peters when giving evidence at the state capture ...
News
1 year ago
Next Article