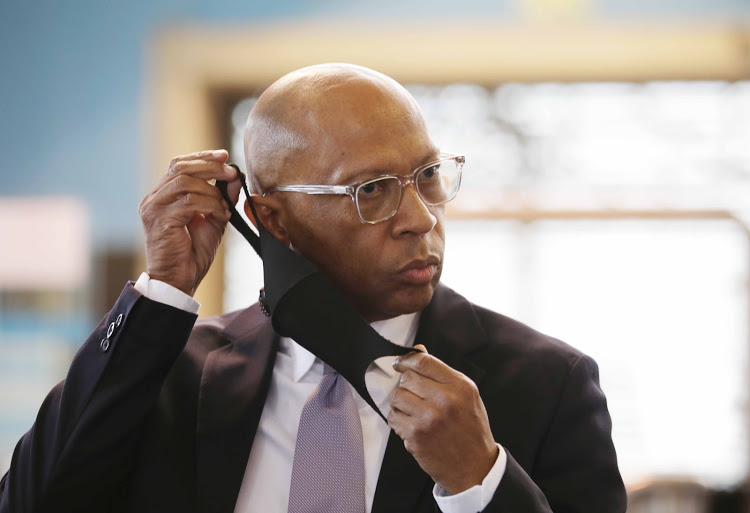 Transport minister Fikile Mabalula has rubbished claims that Zolani Matthews who was recently unveiled as the new Prasa group CEO is too old for the job.
Image: ESA ALEXANDER

Transport minister Fikile Mbalula on Friday refuted claims that the new CEO of the Passenger Rail Agency of SA (Prasa), Zolani Matthews, was “too old” for the position.

He was responding to a story published on GroundUp which said Matthews would not be able to take up the post as he was over the retirement policy age of the rail agency. According to the article, Prasa’s retirement age policy is 63 and Matthews is 64.

In a statement, Mbalula said this was an “unfounded fabrication that has been circulating on social media”. He said the department had recruited a skilled public servant to bring stability to Prasa.

“In terms of due process, following cabinet approval of the appointment, the [Prasa] board is expected to ensure all requisite processes are followed in effecting the appointment. These include ensuring requirements of Prasa policies are adhered to, obtaining a security clearance, signing of an employment contract, signing of a performance agreement and declaration of financial interests,” Mbalula said.

He said that when the board concluded the contracting process, the department looked forward to working with Matthews once he assumed his duties.

The minister said Prasa had not had a group CEO since the departure of Lucky Montana in 2015 and that, since then, it had had 10 acting group CEOs in six years.

During his unveiling, Matthews vowed to do his best to restore SA’s commuter rail system.

“We know that delivering reliable rail and affordable public transport is central to our economic performance,” he said. “Our overarching priority is to put passengers at the heart of all we do.”

Only bottled water may pass passengers’ lips, according to a notice published in the government gazette by transport minister Fikile Mbalula.
News
1 year ago
Next Article